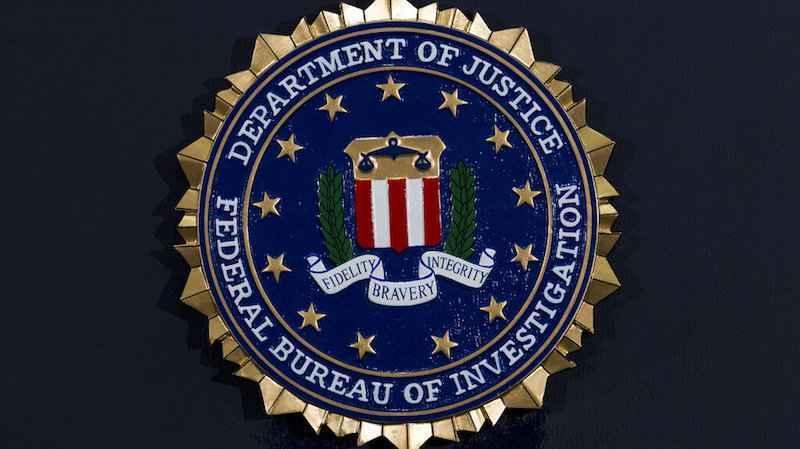 This Thursday, June 14, 2018, file photo, shows the FBI seal at a news conference at FBI headquarters in Washington. In an alert Wednesday, Oct. 28, 2020, the FBI and other federal agencies warned that cybercriminals are unleashing a wave of data-scrambling extortion attempts against the U.S. healthcare system that could lock up their information systems just as nationwide cases of COVID-19 are spiking.[AP/ Jose Luis Magan]

The Minneapolis FBI’s Field Office is investigating a death that took place on Monday at the Federal Courthouse in Fargo, North Dakota.

According to the FBI, 55-year-old Jeffrey S. Ferris of Belcourt, North Dakota, used an easily concealable instrument to take his own life after a guilty verdict once the jury left the courthouse.

The FBI’s responsibility in the investigation is to determine whether there was any violation of federal criminal laws. If any violations were to be discovered, the matter would be turned over to the U.S. Attorney’s Office for the District of North Dakota.

Ferris was found guilty of reckless endangerment, terrorizing, and use of a firearm in relation to a felony crime of violence. The mandatory minimum sentence was seven years in federal prison. Ferris was found not guilty of eight counts of assault with a dangerous weapon.