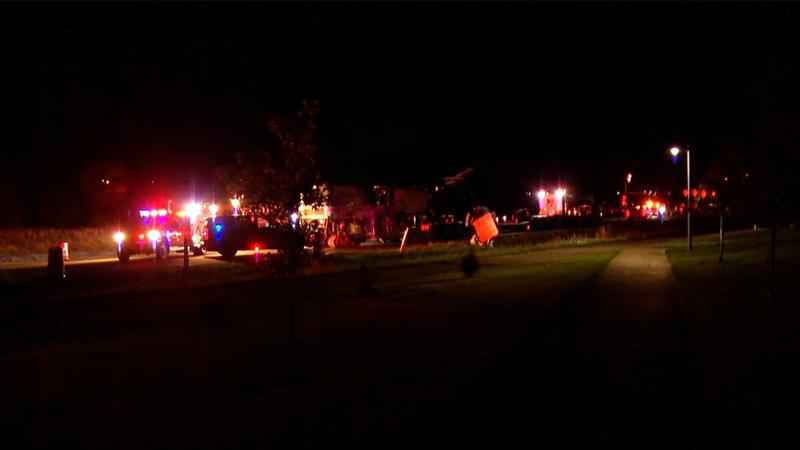 Emergency personnel are at the scene of a fatal crash Wednesday, Sept. 8, 2021, in Ramsey, Minn.[KSTP]

A Faribault man died Wednesday night after an accident involving a semi-truck at an Anoka County construction site.

First responders attempted lifesaving measures on the victim but he was declared dead at the scene.

A preliminary investigation indicates a construction semi-truck on Bunker Lake Boulevard had reversed to attach to a mill when the victim was caught in the rear wheel of the semi and run over.

The sheriff’s office identified the victim as 50-year-old Robert John Vogelsberg. He was employed by the private contractor hired to repave the portion of Bunker Lake Boulevard, according to the sheriff’s office.