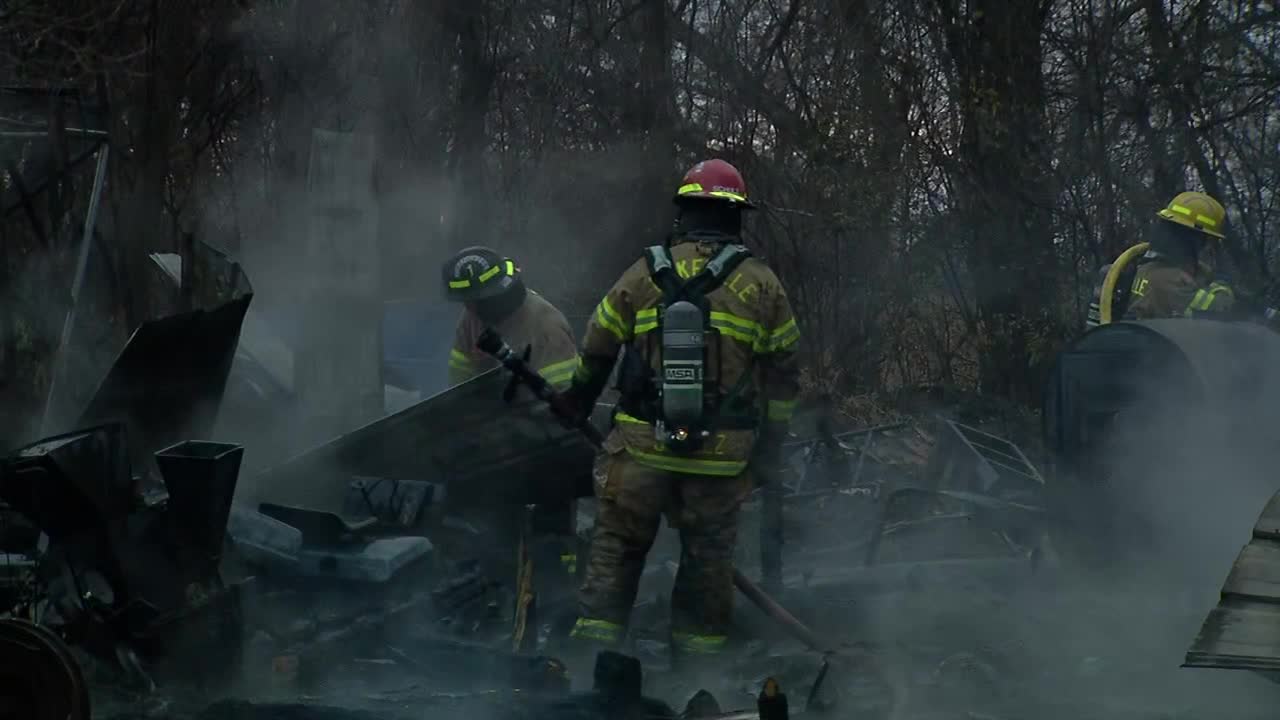 Lakeville firefighters at the scene of a pole barn fire in Eureka Township on Sunday November 13.

Firefighters from the Lakeville and New Market Fire Departments responded to a pole barn fire Sunday afternoon in Eureka Township.

When first responders arrived, they found the barn fully engulfed in flames.

Firefighters from the two departments used a total of four engines and three water tankers to battle the blaze.

Lakeville Assistant Fire Chief Todd Sellner said that water needed to be trucked to the scene due to a lack of fire hydrants in the area.

No injuries were reported as a result of the fire.

Officials say that the pole barn and machinery inside are a total loss.