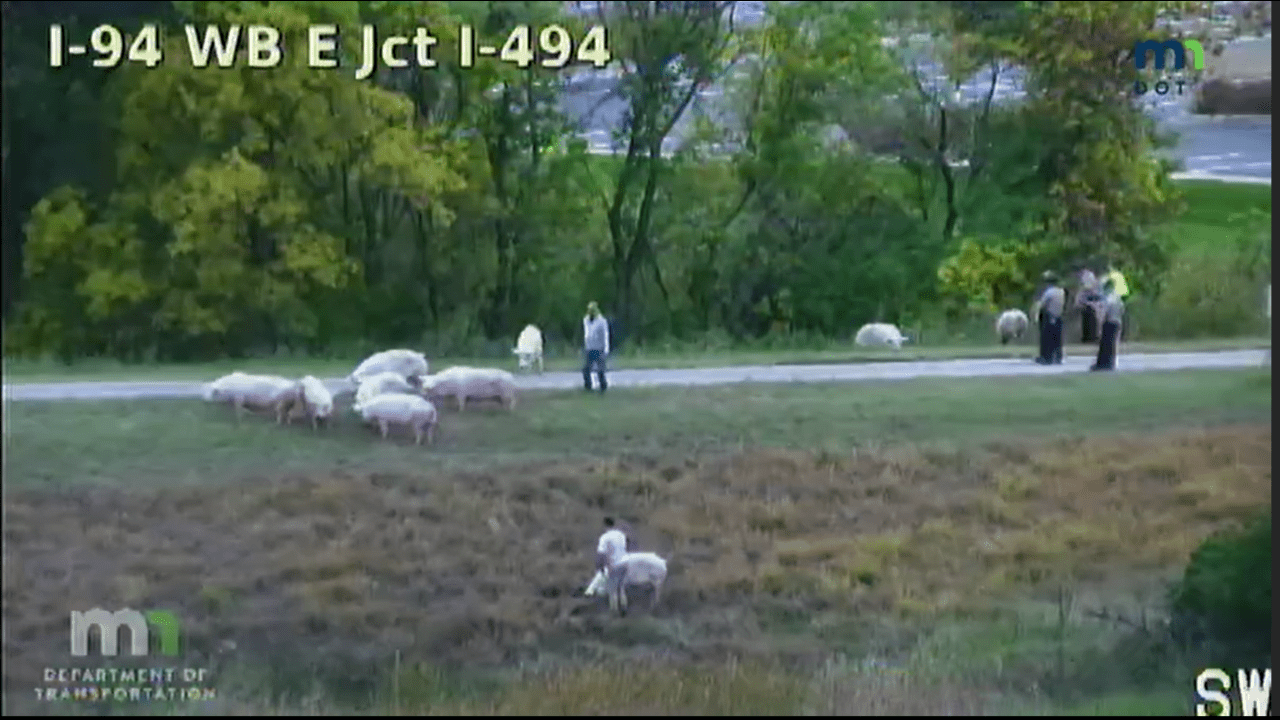 UPDATE 10/3/22: Two injured pigs had to be killed after a semi and trailer rolled over on an interchange between I-94 and I-694/I-494, the Minnesota State Patrol tells 5 EYEWITNESS NEWS.

The rest of the pigs were taken to the Washington County fairgrounds. The State Patrol was unable to provide an exact livestock count.

Authorities reopened the ramp at 10 p.m. Sunday, several hours after the pigs escaped onto the freeway interchange.

Read an earlier version of this story below.

INITIAL REPORT 8:30 p.m. 10/2/22: The Minnesota State Patrol is warning motorists of a potential hazard on Interstate 94.

Sometime after 6 p.m. Sunday evening, a semi and trailer rolled over at the interchange of I-94 and Interstate 694/Interstate 494, and several pigs escaped onto the ramp.

Authorities are working to safely move the livestock off the freeway.

A State Patrol spokesperson says no injuries were reported as a result of the crash.

There is no word yet on the cause of the crash.