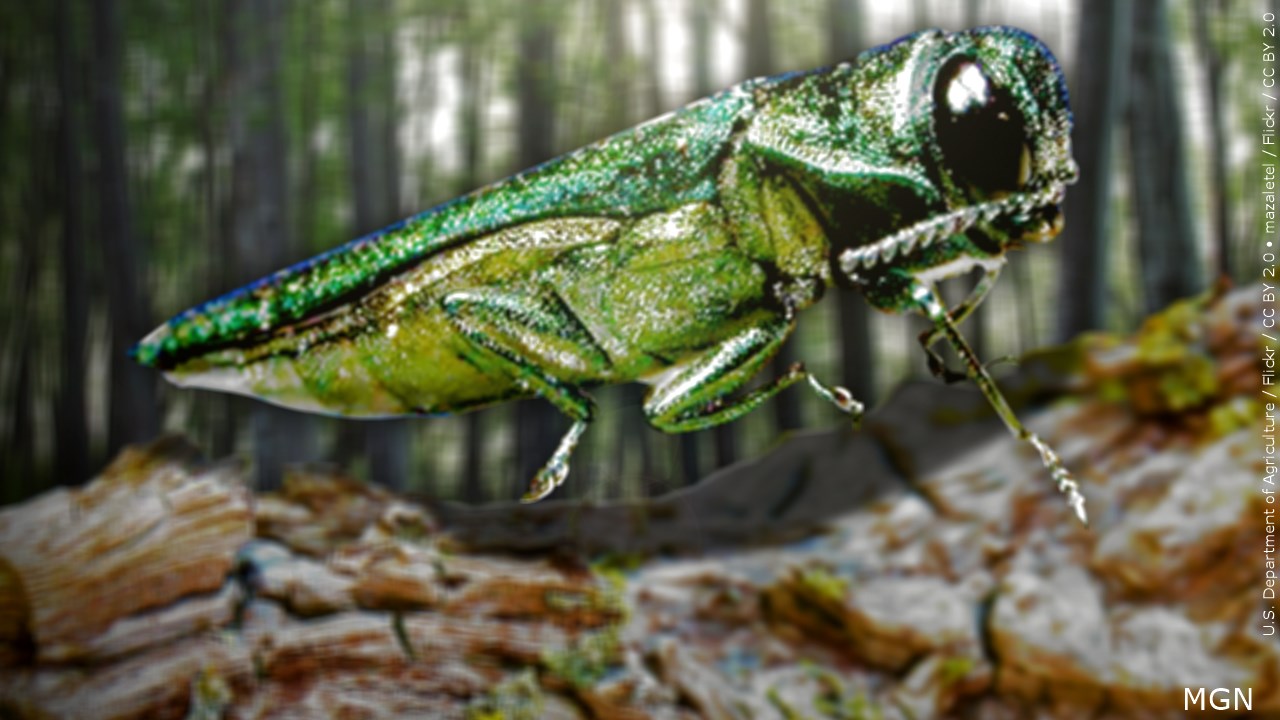 An emergency quarantine on wood movement is now in place in Sherburne County after emerald ash borer was confirmed in the county for the first time.

The Minnesota Department of Agriculture says EAB has now been confirmed in 36 counties across the state.

EAB larvae were found in Elk River after a tree care company contacted the department about a possible infestation.

The insect was first discovered in Minnesota in 2009. Its larvae kill ash trees by tunneling under bark and feeding on the part of the tree that moves nutrients in the trunk. They can cause bark to split open and also attract woodpeckers, who feed on the larvae.

The emergency quarantine limits the movement of firewood and ash material out of the area in an effort to stop the spread of EAB.