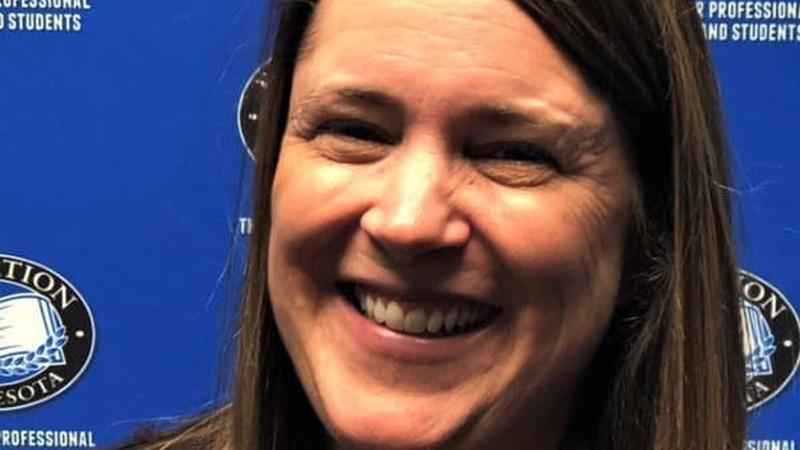 The Education Minnesota Governing Board selected Lucking at its meeting on Sunday. She will begin her new role on Nov. 22, replacing outgoing Executive Director Sara Gjerdrum.

“I’m inspired to do the work because our union believes every student deserves access to a great public education," Lucking said in a statement. "We all know that means resources, but our schools won’t allocate those resources in the right ways unless we raise up the voices of all our educators, especially those who have been marginalized in the past, and really listen to the professionals in the classrooms and campuses every day.”

For the first 10 years of her career, Lucking taught social studies in Hopkins and was a high school debate coach. Starting in 2014, she led the Education Minnesota department that supports the Education Policy and Innovation Center, and in 2020 she became the director of policy and public affairs for the union.

In 2018, Lucking took a leave of absence from Education Minnesota to manage Tim Walz’s gubernatorial campaign. And prior to joining Education Minnesota, she was the chief strategist for 29 legislative campaigns as the executive director of the Alliance for a Better Minnesota, a nonprofit that supports communications for progressive Minnesota political candidates.

“The experiences and strengths Carrie brings to the table are going to help our union achieve its goal of providing every student with a safe, welcoming and well-resourced school, no exceptions,” Education Minnesota President Denise Specht said in a statement. “She brings the whole package for moving the organization forward.”

Education Minnesota, which comprises 463 local unions and represents nearly 90,000 educators, describes itself as "the largest labor union in the state of Minnesota."