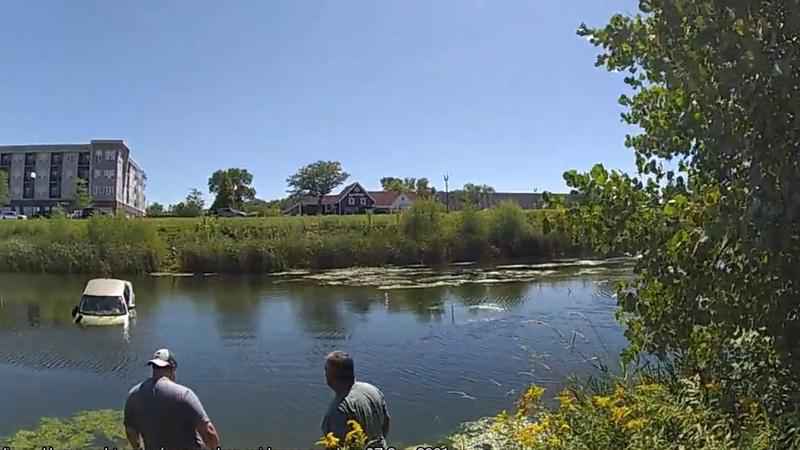 The Eagan Police Department says officers saved the life of an unconscious man Monday afternoon from a car sinking in a holding pond near Highway 13.

It happened around 1 p.m. when a man suffered a medical emergency at the intersection of Highway 13 and Silver Bell Road, causing him to accelerate along the wrong side of Highway 13 then down a hill and into a seven-foot-deep holding pond, police say.

According to the release, when people called 911 about a car in the pond, officers happened to already be in the area and able to quickly respond. When they arrived, officers removed their duty belts to quickly swim out and rescue the man. A car window was open, allowing officers to unbuckle the driver and pull him out of the vehicle before it sank.

Police say as the officers held the man above water he regained consciousness. He was taken by ambulance to a hospital in stable condition.

This is the second vehicle water rescue this summer in Eagan, the police department says.