A Twin Cities drone pilot is getting attention from Hollywood for an incredible fly-through video he created of a Minneapolis bowling alley.

The video now has more than 4 million views on social media. 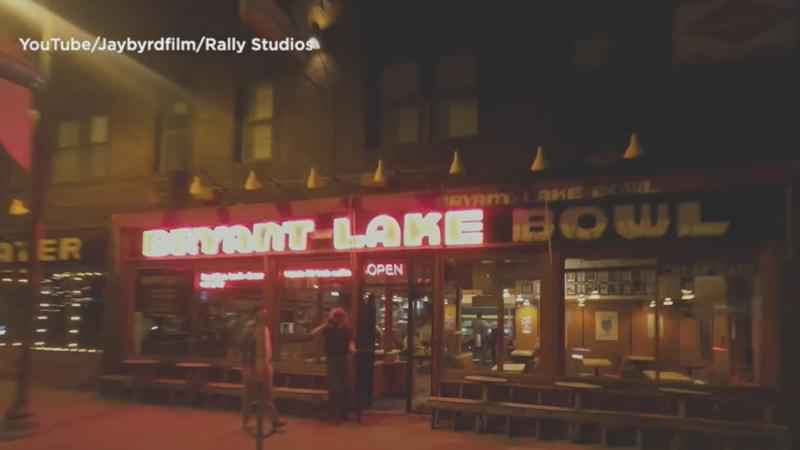 It caught the attention of Hollywood film director James Gunn, who tweeted Tuesday: "Oh my God this drone shot is stupendous."

Gunn followed up with a second tweet about the video, saying: "I want them to come with us to London later this year when we shoot Guardians of the Galaxy Vol. 3."

I want them to come with us to London later this year when we shoot Guardians of the Galaxy Vol. 3. https://t.co/cnwRw5Exwr

"Going to bed on Sunday evening, people were like, ‘Oh, this is a cool video,’" Christensen recalled. "Then I was just on a run on Lake Street and all of a sudden my phone just started going off like crazy."

Christensen is a 25-year-old aerial cinematographer who lives in Uptown.

"I’ve never had a girlfriend, so I get a lot of free time I guess," Christensen said. "And I just love to fly."

He estimates he has shot around a thousand drone videos over the last seven years, including a sunset skate on White Bear Lake last year that inspired Olympic figure skater Michelle Kwan to come to Minnesota.

"What we want to do is just keep pushing the limits of what drones can do and elevate ourselves to one of the best drone teams in the world," said Sky Candy Studios Owner Mike Welsh. "That’s what we’re excited about is just creating amazing content."

"I think about the fact that Lake Street had a tough year," Christensen said. "A lot of businesses on Lake Street have been struggling and I thought to myself, I would really hate to see Bryant Lake Bowl not be around one day. So I went in and said, I think I have a good idea of how we could make a cool film for your business."

Many businesses along Lake Street were destroyed or heavily damaged in the summer of 2020, in the riots following George Floyd’s death. Restaurants and indoor entertainment venues have also suffered great financial loss due to the COVID-19 pandemic.

Christensen’s video immerses viewers in the sights and sounds of a night on the town: following people in as they enter the business, overhearing conversations in the restaurant, rolling alongside a bowling ball and taking people through a small opening so they can see the mechanisms behind the pins.

"This whole year we haven’t been able to experience going bowling with our friends, going to the movies, a lot of these things we’ve had to hold back. So just trying to show people, hey, we’ve all had these memories and just keeping hope that someday we’ll all be able to live like we used to," Christensen said.

Christensen said the whole video was done in one take, including the expert maneuvers where he flew the drone through small holes in the wall.

"I went in there beforehand and I scouted it out. I drew a map of it. I had a few options of which flight route would make the most sense and tell the best story, since Bryant Lake Bowl has so many stories to tell. Those bowling pin machines are from the 1950s and they’re original. They still work," Christensen said. "So when you’re showcasing all these different elements of this historic bowling alley, I think a lot of people haven’t seen what it looks like behind there."

He said he was very surprised to learn the video had been seen by millions of people around the world.

Christensen said he has not personally heard anything from James Gunn, but would be honored to shoot the upcoming Marvel movie with him.

More than anything, he said he simply loves to showcase the best parts of life in Minnesota.

"What I like to get out of this is people realizing Minneapolis is awesome. We have great places like the Bryant Lake Bowl. And the best way to keep those places in our community is showing them support at a time when they need help," Christensen said.