Driver arrested after single-vehicle crash along I-494 in Minnetonka 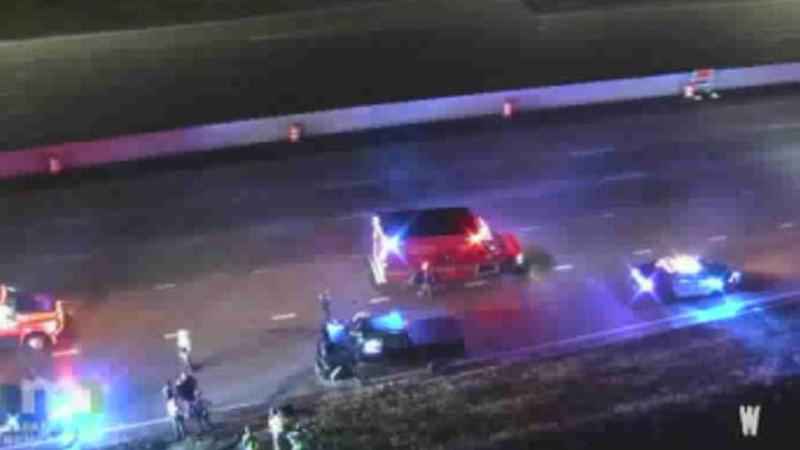 A driver has been arrested in connection with a single-vehicle crash along northbound Interstate 494 in Minnetonka early Friday morning.

KSTP Traffic Reporter Hanna Conway reported the crash, near Highway 7, at about 4:30 a.m.

According to the Minnesota State Patrol, the driver was arrested on suspicion of driving while impaired and criminal vehicular operation.

There were three people in the vehicle — the driver and two minors — at the time of the crash, troopers stated.

All injuries suffered were not considered to be life-threatening, the state patrol reported.

Serious crash on I-494 NB at Hwy 7 in Minnetonka.
Watch @KSTP for the latest! #MNtraffic pic.twitter.com/jsDazQJHDa