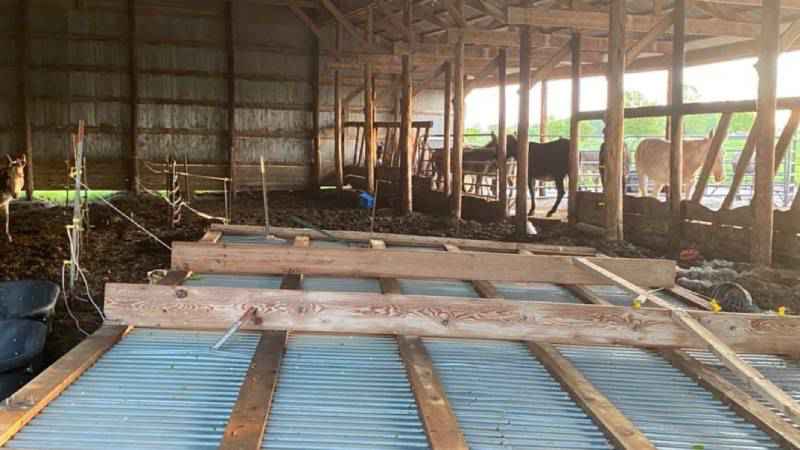 [Courtesy of Save The Brays Donkey Rescue]

Save The Brays Donkey Rescue in Milaca had their rescue farm severely damaged in an overnight storm.

The owners reported that no animals on the farm were injured.

"Although there was damage throughout the farm, thankfully all the donkeys and mules seem ok, some of them just a little confused," a post on the rescue’s Facebook page said.

Kym Garvey tells KSTP that the area saw a lot of broken trees, damage to several donkey pens and the strong winds ripped a 20-foot door off its hinges and blew it into the shelter area. She noted there was enough space in the pen so the donkeys and mules could get away without any injuries.

The rescue has started a fundraiser to repair damages. As of Tuesday morning, $434 has been raised. The owners noted that will be enough to purchase a new canopy top and one 12-foot panel, which is used to attach the canopy top.