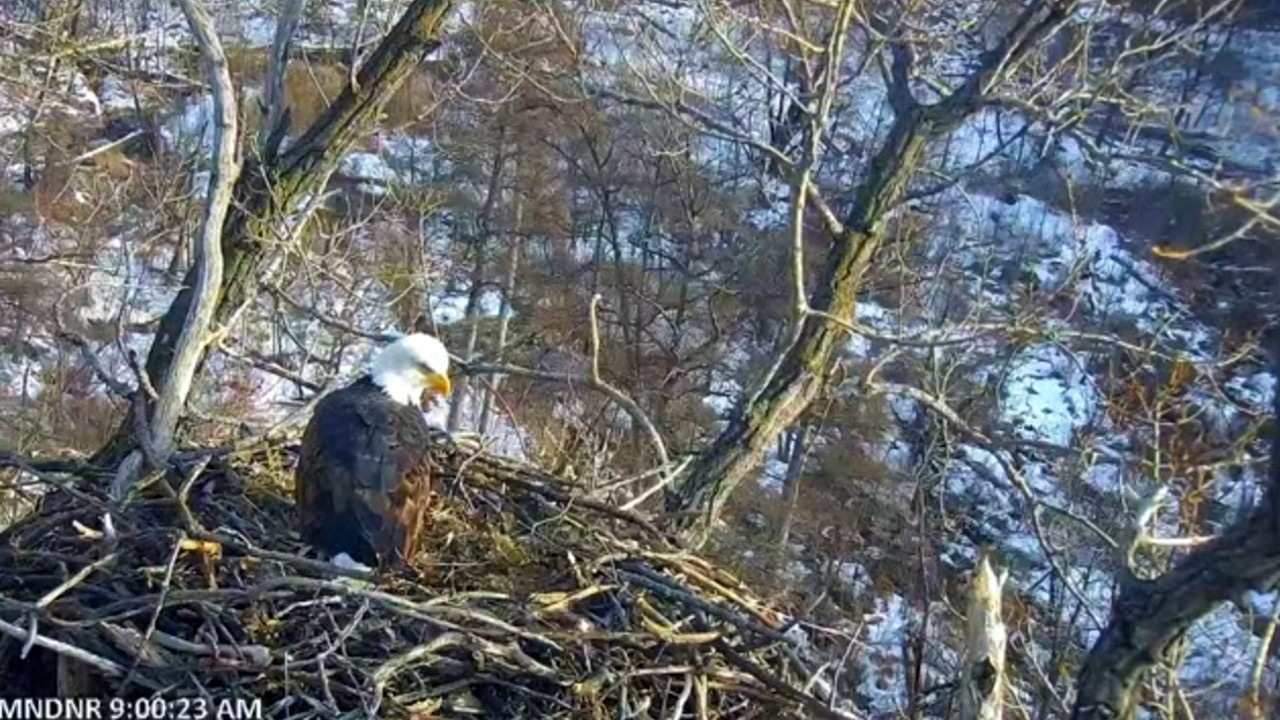 The camera, which was launched by the Minnesota Department of Natural Resources (DNR) Monday, focuses on the same two eagles as last year — Harry and Nancy. The department says Harry was a new breeder last year at 5 years old and took over for Syd as the dominant male of the nest.

According to the DNR, breeding at the nest has already been witnessed several times and bole preparation for eggs is underway.

New this year, the DNR says education additions are coming to the “EagleCam” page this year. Those will be announced when each one is posted.

Click the video player above to watch the DNR’s live “EagleCam.”