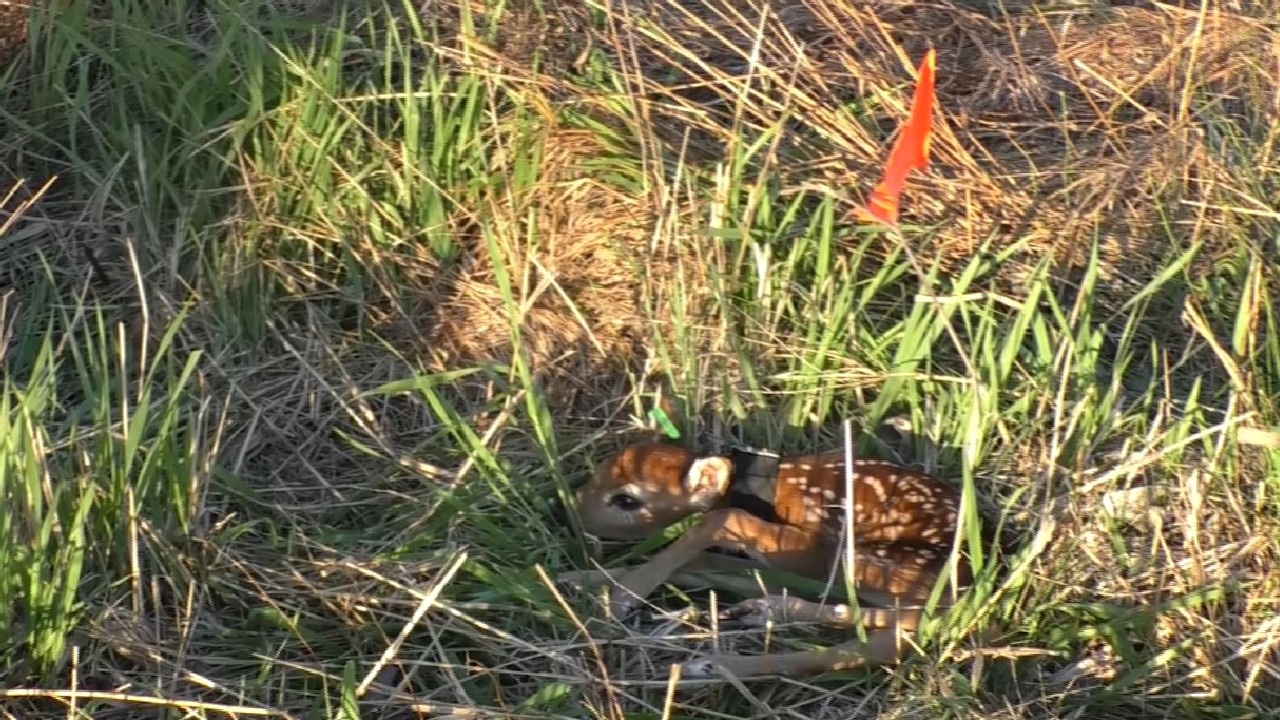 Researchers with the Minnesota Department of Natural Resources have finished putting GPS-tracked collars on 80 newborn fawns in southern Minnesota.

The work is part of a three-year study, and the DNR says it’s the first study of fawns in southern Minnesota in more than 20 years.

The collars, which are designed to break away from the deer after 18 months, allow researchers to track deer movement, habitat preferences, causes of mortality and deer dispersal rates.

To collar the fawns, officials use a contracted drone pilot to find them and tell a team of three or four people on the ground. That team then captures the fawn, quickly checks its measurements and slips on the GPS collar. The DNR says the whole process typically takes four minutes, and the department collars 80 fawns each year.

“The GPS collar can tell us more about fawn survival rates, what the primary causes of deer mortality are, and what types of habitats they prefer,” Michel said. “This study has great potential to inform wildlife managers about our wild deer populations.”

This is currently the second year of the three-year study. If it goes well, the DNR says it could be replicated in other regions of the state.