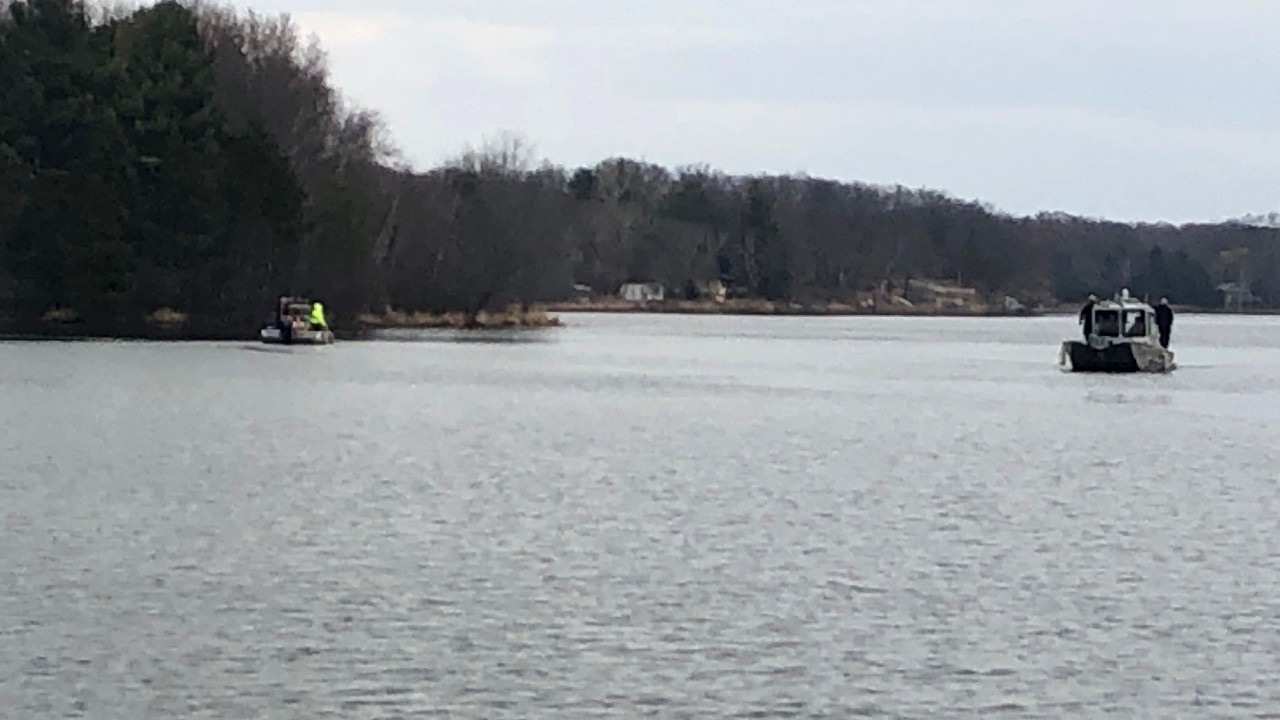 Crews search Big Marine Lake after a report of two people in the water on April 29, 2022. (Joe Caffrey/KSTP-TV)

Two men have been found dead after a boat overturned on Big Marine Lake Friday afternoon.

The Washington County Sheriff’s Office says it located the second body around 4 p.m. on Saturday. The body of the first missing man was found shortly after 7 p.m. Friday.

An official with the sheriff’s office said witnesses called to report a boat overturning and two occupants being tossed into the water at about 2 p.m. The witnesses heard their calls for help and took their boats out on the water to assist, but neither of the two boaters could be found.

The official said during a news conference on Friday that the Washington County Sheriff’s Office launched a rescue operation but shifted to a recovery operation an hour into the search.

Deputies searched early into this morning before taking a break. The search picked back up later in the day.