Firefighters were called Monday afternoon to extinguish a fire at Northern Metal Recycling in Minneapolis.

According to the Minneapolis Fire Department, fire crews were called just before 1:20 p.m. on the report of a fire in a large scrap pile at the recycling center on the 2800 block of Pacific Street.

Fire officials say it was reported that the fire spontaneously combusted in the center of the pile.

Crews had to use aerial ladder water towers to put out portions of the fire. A crane at the site was also used to move piles of metal to expose buried fires and hot spots.

No injuries were reported. The cause of the fire is undetermined and will remain open for investigation. 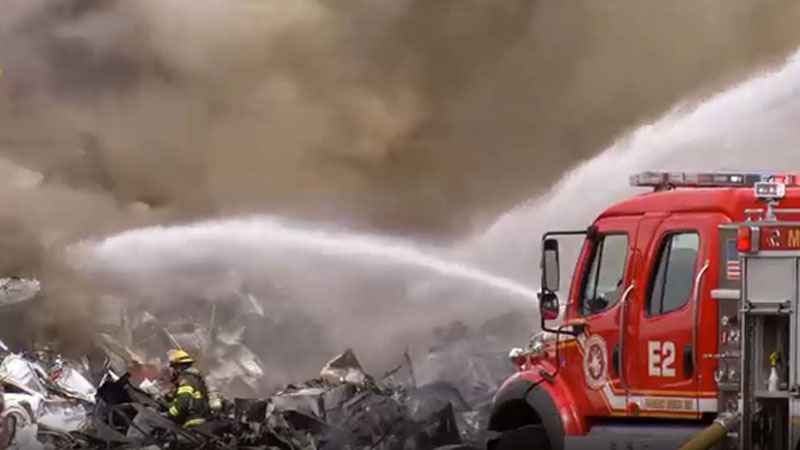 The Minnesota Pollution Control Agency said air quality sensors detected a short-term spike in particles, however, the air quality has since returned to where it has been the last number of days.

The MPCA will continue to monitor the air quality in the area as part of its regular monitoring schedule.

(2/2) …but air quality has returned to a good level, where it has been for the last several days. The MPCA will continue monitoring the air quality as part of its regular monitoring schedule.

Inspectors found several fire safety violations at the Minneapolis plant last February, and the Minnesota Pollution Control Agency ordered the company to shut down its facilities in Becker and Minneapolis until they complied with the agency’s requirements. The Minneapolis facility was allowed to open a week later.

Despite numerous air quality tests and concerns about metal particulates dispersing from the Becker fire, no hazardous materials were detected.