Firefighters worked to put out a blaze Thursday afternoon at the Fleet Farm in Blaine.

5 EYEWITNESS NEWS was on the scene as heavy smoke poured from the store’s outdoor lumberyard at 10250 Lexington Ave. NE.

In a news release, the Spring Lake Park-Blaine-Mounds View Fire Department said its firefighters and partners from Centennial, Lexington and Lino Lakes were dispatched to the fire around 11:39 a.m.

Because of the size and strength of the fire, additional resources from the Coon Rapids, Ham Lake and Centennial fire departments were called to assist while the first-alarm crews worked to cut off the fire from spreading further through the storage area.

The bulk of the fire was under control within 25 minutes, according to the news release. 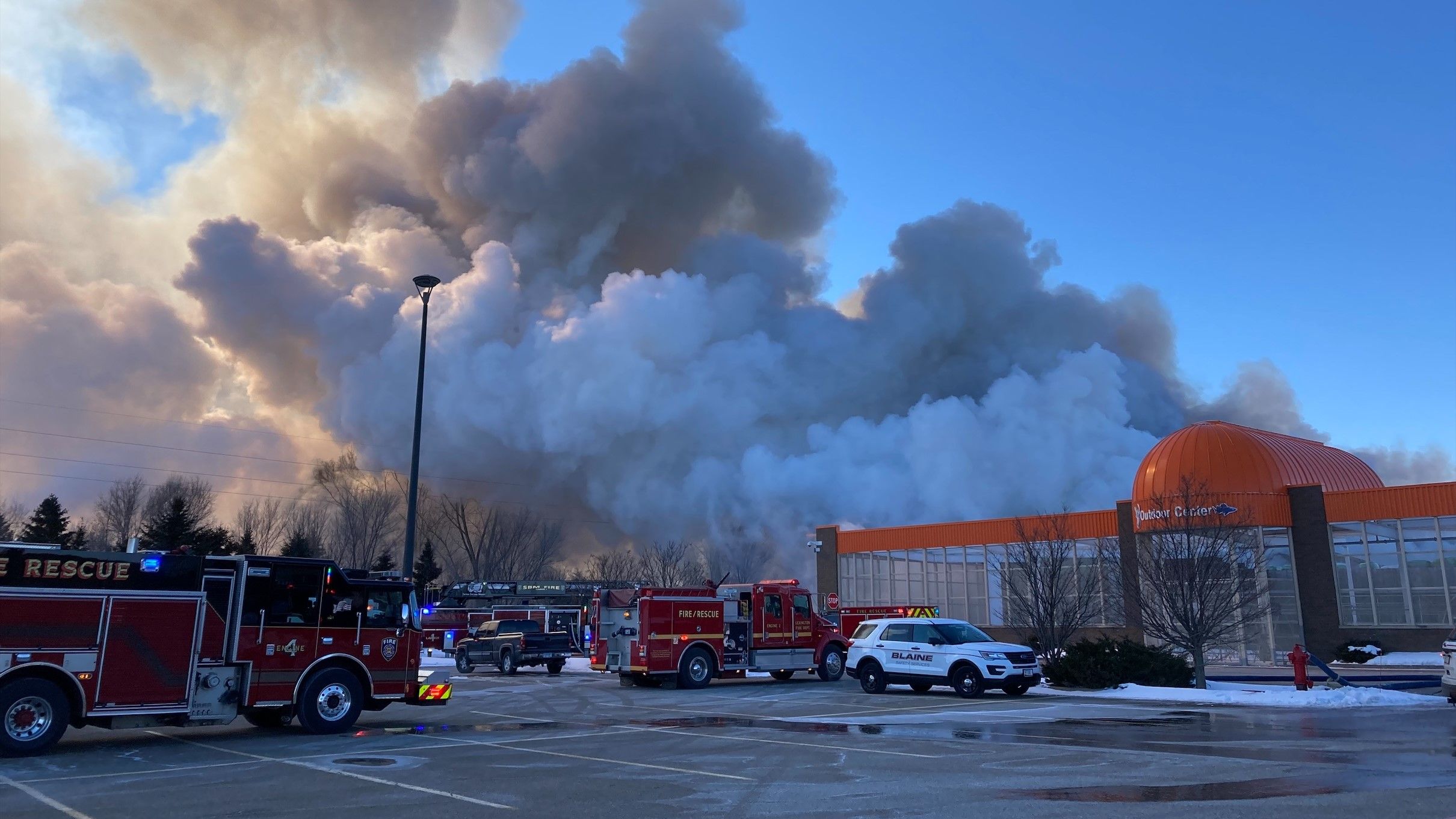 A fire breaks out near the Fleet Farm in Blaine. Credit: Tom Knisely

A third-alarm call brought in more crews from the Andover, Fridley and Lake Johanna fire departments to give firefighters relief from the frigid temperatures and because of “a damaged area with significant collapse potential.”

Over the course of four hours, about 50 firefighters and 12 support personnel worked to put out the fire.

One firefighter was injured and treated on scene, the release states.

The fire was contained to the outdoor storage yard and did not spread to the main Fleet Farm store, which is operating normally, fire officials said.