When the Minnesota Department of Public Safety announced it had purchased something called Not Reaching pouches and would be giving them to Minnesota drivers last year, the woman from Virginia who created the product to try to prevent deadly traffic stops should have had reason to celebrate.

Instead, Jackie Carter said a flood of criticism that poured in on social media sites such as Twitter was “devastating.”

Responding to DPS, the national account for the NAACP wrote: “Dear Minnesota, this is not the flex you think it is. Cops shouldn’t need to see a pouch in order not to shoot.”

“The messaging was all wrong,” Carter said in an interview with 5 INVESTIGATES. “I had no say in that at all.”

DPS purchased 2,000 of the Not Reaching pouches from Carter for a price of $10,000, according to records recently obtained by 5 INVESTIGATES through the Minnesota Government Data Practices Act. 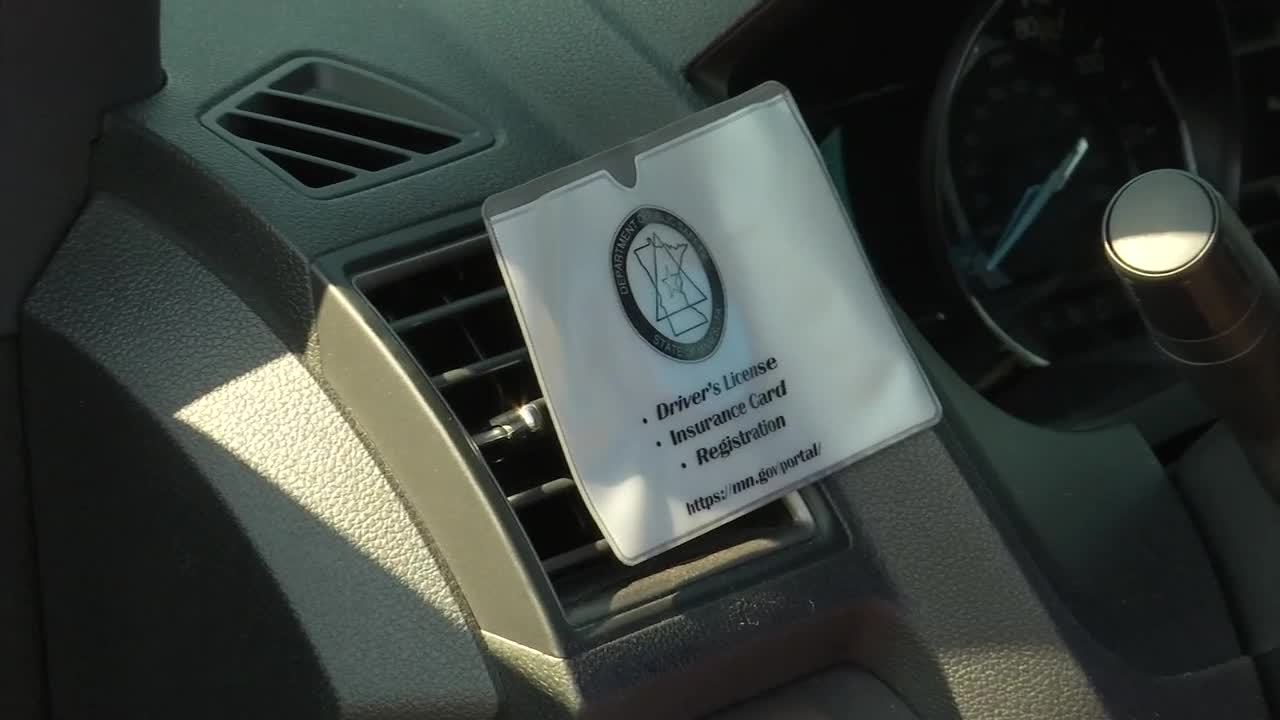 Carter said the police killing of Philando Castile in 2016 inspired her to create the pouches and she later began doing outreach with Castile’s mother, Valerie.

But Carter says neither of them were asked to participate in the state’s announcement of its initiative to distribute the Not Reaching pouches to police departments in Minnesota.

“I think the mistake was not bringing me and Valerie in to do like a press conference to explain why this was necessary. Why people should use it, but don’t have to. And I think that was a missed opportunity,” Carter said.

In a statement Monday, DPS said, “When we were approached by Philando Castile’s mother, Valerie, we felt like making the pouches available to people through our law enforcement partners was a step in the right direction. We understand the sensitivity around the issues and recognize that not every tool is a good fit for every driver.”

While Valerie Castile had advocated for use of the Not Reaching pouch, she says she doesn’t have a financial interest in the product and that DPS incorrectly identified her in a press release as the person who created it.

“We all know that’s not the truth,” Castile said. “I have no clue why they would include me as the creator because I did not do that.”

Despite some of the negative reaction to the rollout in Minnesota, Castile remains supportive of Carter and the idea behind the Not Reaching pouch which puts critical documents in plain view on a driver’s dashboard that police can see during a traffic stop.

Carter says her company has also created specialized pouches to let police know if a driver is deaf, has autism, or is licensed to carry a gun.

“I have had people who have come to me and said they’ve used it and how it actually created a conversation between the officer and the driver,” Carter said.

Crystal Police were among the local departments that helped distribute the Not Reaching pouches purchased by DPS last year and Deputy Chief Brian Hubbard says they were well received.

“We’ve gun locks to keep people safe, we’ve got the vial of life cards for senior citizens — this is just one more tool that we can provide,” Hubbard said. “Encounters happen during traffic stops and there isn’t a solution that’s going to solve that problem, but if we can have tools, if we can have training, if we can have good messaging to the public, if we have officers that understand what they’re supposed to do — it’s all of those pieces that you put together.”

Read the full statement from DPS:

“The campaign came as a result of  the Working Group on Police-Involved Deadly Force Encounters and was a suggestion from a mother of child killed reaching for his ID.

“We said then that it was important to help prevent this kind of tragedy. The pouches and new rules resulted. Both of these initiatives were well-received, generally, though we did hear from the public some concerns.

“When we were approached by Philando Castile’s mother, Valerie, we felt like making the pouches available to people through our law enforcement partners was a step in the right direction.

“We understand the sensitivity around the issues and recognize that not every tool is a good fit for every driver.

“We know that what is truly important is for DPS to listen to and partner with our community to ensure that traffic stops are safe for everyone. That’s why we’re continuing to look for ideas and people with whom to partner that will make us all safer.”