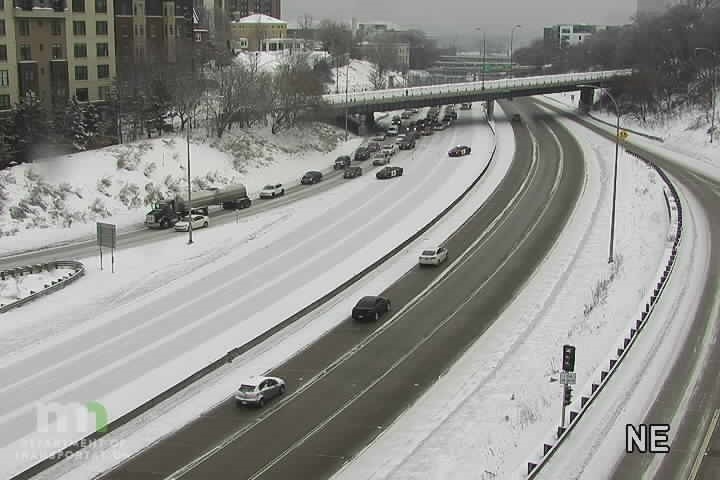 UPDATE: Traffic flow has returned to normal and the westbound lanes of I-94 have fully reopened after a crash Sunday morning.

PREVIOSU COVERAGE: Traffic is being diverted after a crash shut down the westbound lanes of I-94 near Hennepin Avenue.

It is unknown if there are any injuries at this time.

Stay with 5 EYEWITNESS NEWS for the latest.