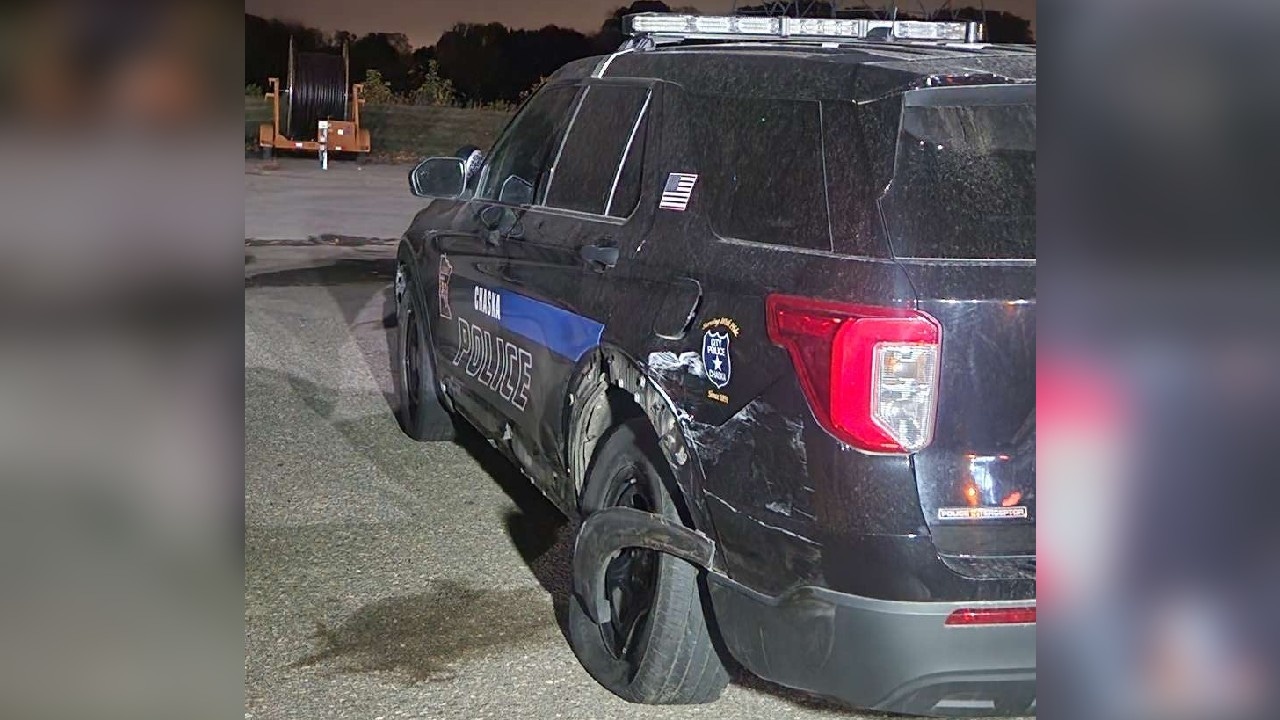 A Chaska squad is damaged after getting hit by a drunk driver on Oct. 13, 2022. (Chaska Police Department)

According to Chaska police, an officer was conducting a traffic stop and was outside his squad when another vehicle hit the squad.

Fortunately, the vehicle just sideswiped the squad and nobody was injured.

Chaska police noted the officer was between his squad and the vehicle he’d stopped at the time and, “If this wasn’t a side-swipe impact, it could have ended a lot differently.”

The driver of the vehicle that hit the squad was then stopped and arrested for drunk driving by the Carver County Sheriff’s Office.

“Drunk driving is a selfish choice that has to be made. Other motorists on the road rely on you to make the choice to drive sober, and we rely on you to get home to our families after each shift,” the police department added in a social media post.