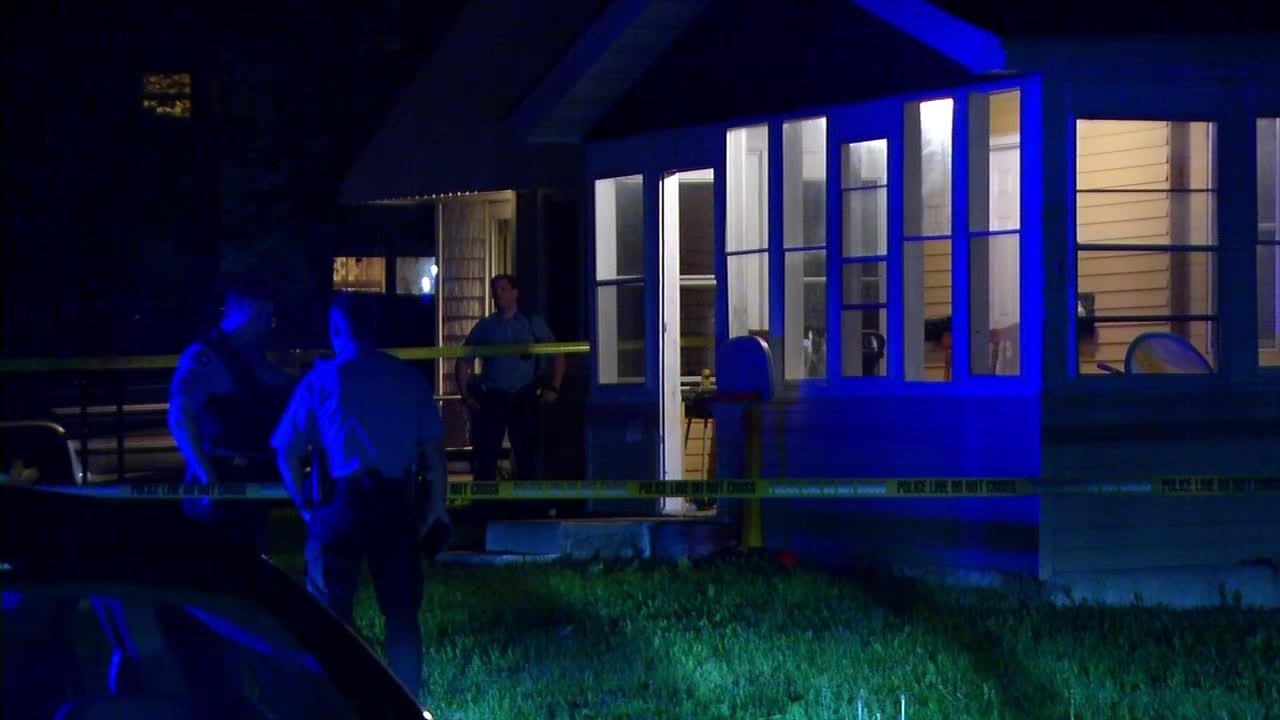 Police collect evidence at the scene where a child was shot Sunday, June 5, 2022, in north Minneapolis. (KSTP)

Child endangerment charges have been filed against the parents of a 3-year-old boy shot in the abdomen in north Minneapolis earlier this month.

Police were initially called to North Memorial Medical Center at around 8:45 p.m. June 5 after they received a report that a 3-year-old boy with an apparent life-threatening gunshot wound had arrived at the hospital with his parents.

An officer at the scene told 5 EYEWITNESS NEWS the boy was shot just north of the intersection of North Sheridan and 23rd avenues.

A criminal complaint states Zimmerman first claimed the boy was playing outside and that the parents were inside when he was shot.

However, the complaint states a subsequent investigation, which included obtaining witness statements and a review of the area outside the home, “would show that to be false.”

During his conversation with officers at the hospital, Beckley said he needed to make a phone call; officers later realized he had left the hospital.

A search warrant for the home at which the shooting was reported was obtained and officers found a discharged cartridge casing in the master bedroom, a bullet on the floor, a black shoulder holster with a 10 mm magazine, an extended magazine, a drum magazine for .40 calibers, a gun safe, a Glock gun box with a magazine containing 10 mm ammunition, a plastic fireman holster, and a Smith and Wesson handgun with a live round in the chamber and a magazine with additional rounds.

“Officers noted that ammunition and gun magazines were located in multiple places accessible to children throughout the master bedroom,” the complaint states.

After officers presented this evidence to Zimmerman, she admitted Beckley’s firearm was in the bedroom at the time and claimed the boy shot himself.

As of late last week, the boy has needed two emergency surgeries. The bullet passed through the boy’s body, causing damage to his bowel and hip bone.

A court order from a separate case prohibits Beckley from possessing firearms or ammunition.

Beckley has been charged via warrant; Zimmerman is set to make her first court appearance later this month.