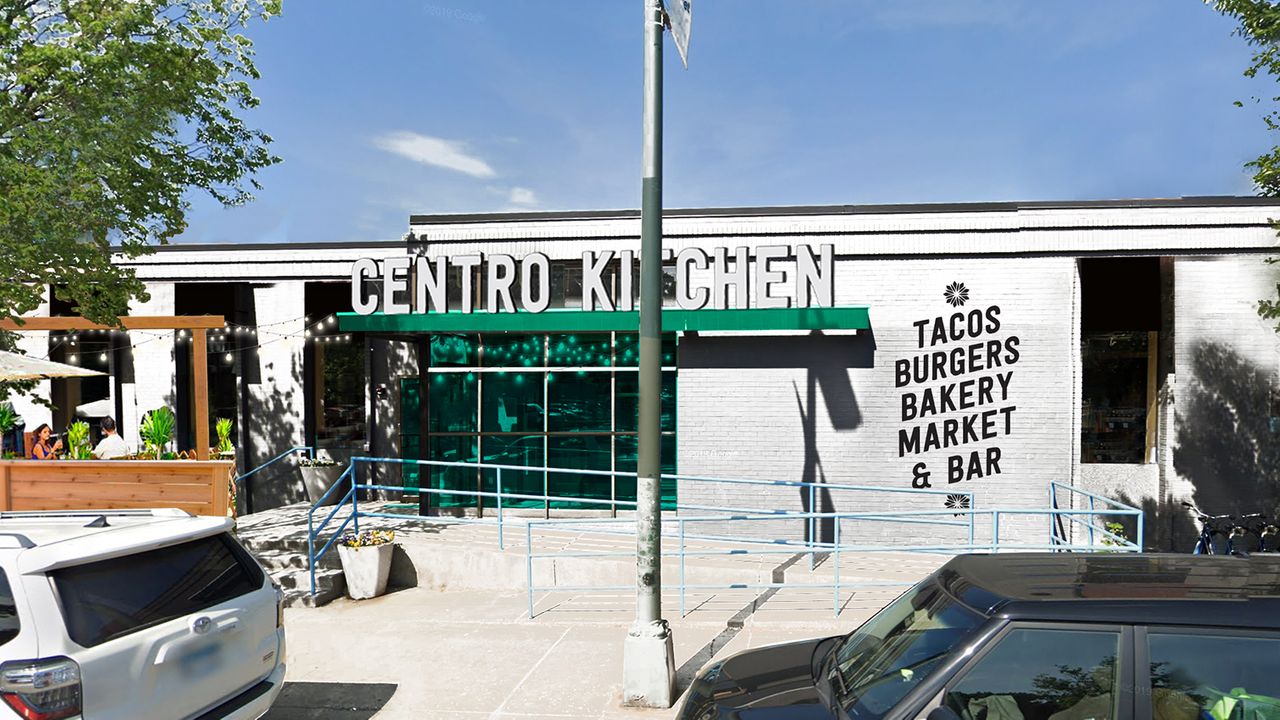 Image of what will be the new Minneapolis location of Centro on Nicollet Avenue. (Centro Restaurant Group)

Taco-centric Minneapolis restaurant and bar Centro announced Wednesday that they are opening two new locations, another one in Minneapolis and one in St. Paul.

The second Minneapolis location will be opening in the former space of the Wedge Table along Eat Street at 2412 Nicollet Ave. This 15,000-square-foot site will serve as Centro’s new headquarters, a news release from the company says. Nearly half of the space will be a commissary kitchen that will allow Centro to expand its catering services and launch an in-house delivery service.

The Eat Street location will also feature other company brands including a limited version of Vivir and a new concept that hasn’t been announced yet, plus a large patio.

The third location will be in St. Paul, but the company didn’t provide where it will reside; however, they said that like the Eat Street spot, the St. Paul Centro space will be “multi-concept.”

“Despite the challenges of the past few years, expanding the Centro brand feels natural – and we’re looking forward to growing alongside the most supportive community and resilient team,” owner Jami Olson said in a statement. “We’ve picked two truly special neighborhoods in which to grow. Eat Street will give us space to maximize our potential and develop other branches of our business.”

The Centro Restaurant Group says they are aiming to open delivery and catering at the Eat Street space in the spring followed by the restaurants at that location in the summer. They are looking at a fall opening for the St. Paul site.

The original Centro opened in 2018 in Northeast Minneapolis. The two new locations will have a similar feel as the original, the news release says, as well as similar menus including tacos, oysters, enchiladas, and the Centro crunch.

The company says that additional locations are also being scouted.