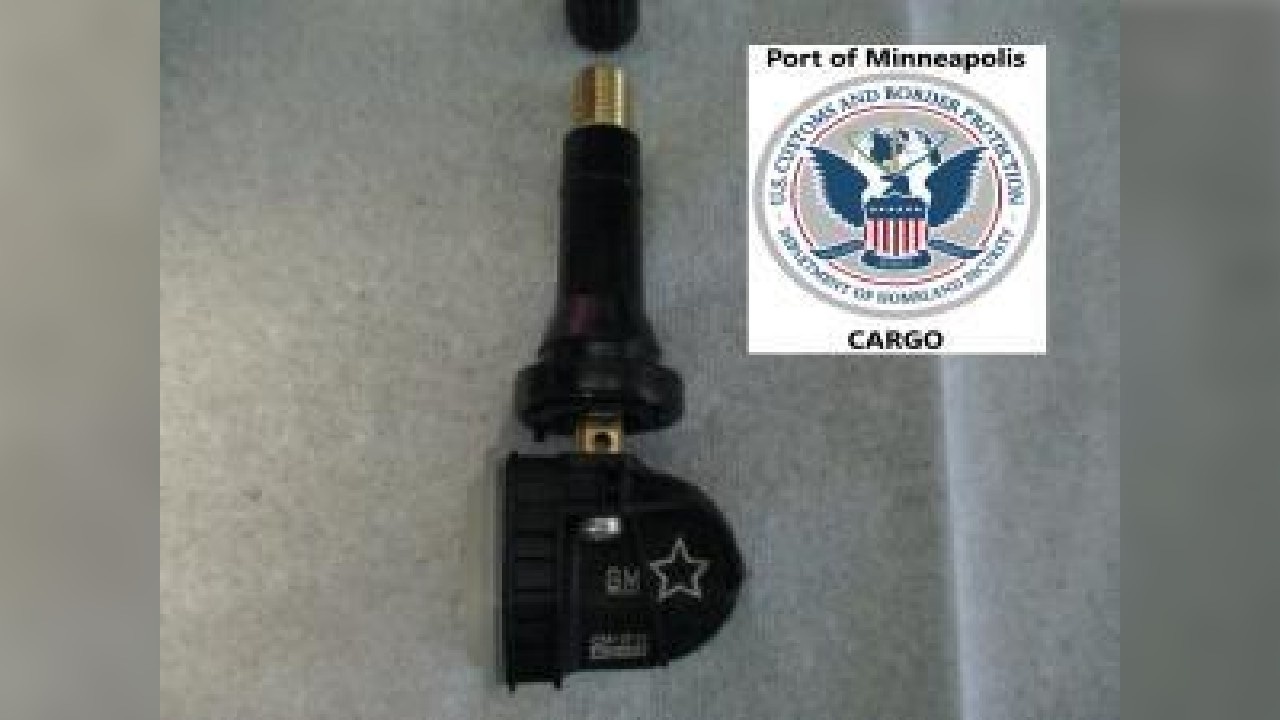 U.S. Customs and Border Protection (CBP) says its officers in Minneapolis inspected a shipment from Hong Kong on May 30 that they suspected to be counterfeit General Motors tire-pressure monitoring systems. Within 24 hours, General Motors confirmed the items were counterfeit and, on Monday, officers stopped and seized the counterfeit sensors while they were en route to a residence in Brooklyn Park.

“Our officers are not only protecting the integrity of the American economy through trademark enforcement, but they are also securing manufacturing supply chains by preventing potentially dangerous products from being installed on your car,” LaFonda D. Sutton-Burke, the director of CBP’s field operations in the Chicago Field Office, said in a statement. “This underscores how counterfeiters completely disregard human lives and their safety while padding their bank accounts.”

“CBP is focused on identifying and intercepting these types of unsafe products from entering the U.S. The enforcement of trade laws at U.S. ports of entry remains a high priority for us,” Augustine Moore, CBP’s port director in Minneapolis, added. “Our officers are committed to detecting, intercepting, and seizing prohibited goods, which protects consumers and our economy.”

The agency says stopping the importation and sale of counterfeit items in the U.S. is one of its top priorities. CBP says its officers seized more than 27,000 shipments with intellectual property right violations last fiscal year, with the items holding a value of over $3.3 billion if they were genuine.