Cause of overnight fire in vacant Minneapolis building under investigation 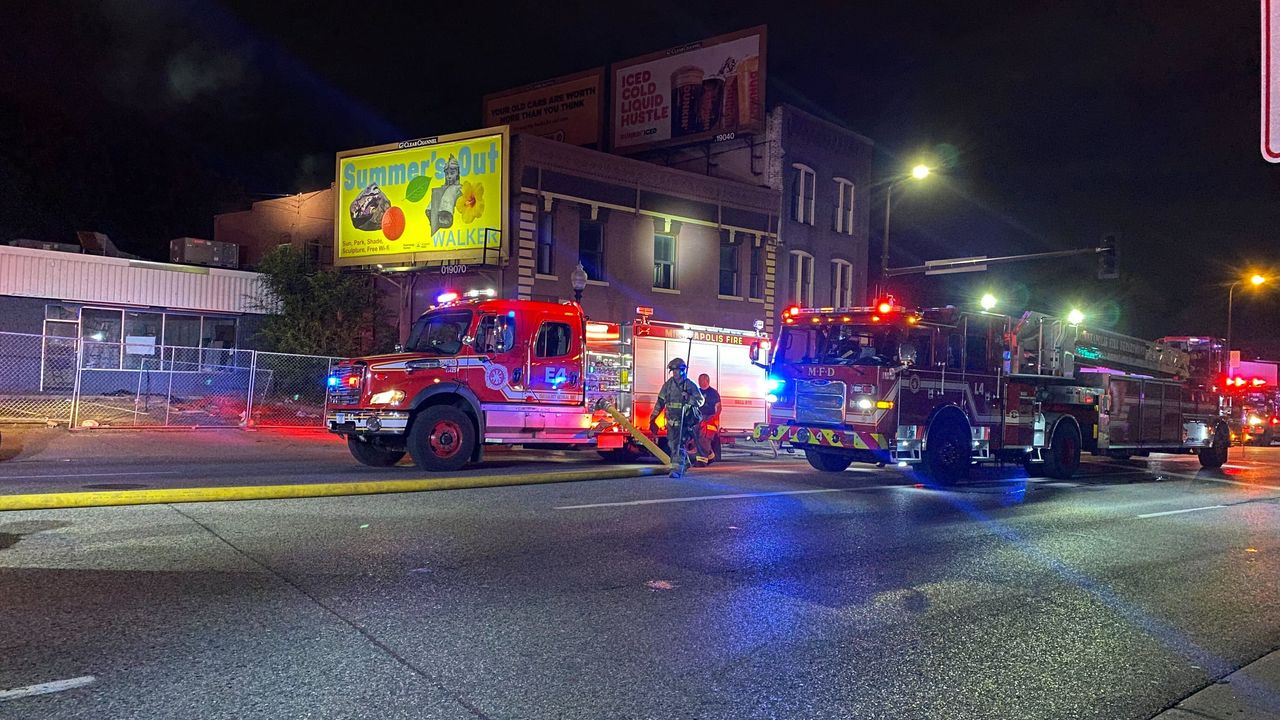 Firefighters work to extinguish a fire at a vacant building in Minneapolis on Tuesday, July 5, 2022. Credit: Jeff Ernewein/KSTP

Firefighters say no one was injured during an overnight fire at a vacant commercial building in Minneapolis.

According to the Minneapolis Fire Department, crews were called to the 1500 block of West Broadway Avenue North around 10:45 p.m. Tuesday.

When they arrived, they found fire and smoke coming from the second floor of a building that was boarded up.

Crews didn’t find any victims after searching the building, and were able to put the fire out roughly an hour later

As of this time, the cause of the fire is unknown.

The fire department says the building will be boarded again.

Melanie Rucker, the Assistant Chief of Administration for the Minneapolis Fire Department, says this isn’t the first time crews have been called to this address, saying firefighters extinguished flames during the late afternoon hours of June 5.

During that incident, Rucker says heavy smoke and fire were found on the first floor, and crews found a back basement door was slightly open.

No one was injured during that incident, and the building’s five doors were boarded up.