Cause of late-night Minneapolis grain elevator fire being investigated

A grain elevator in Minneapolis has been boarded up after a fire broke out Wednesday night.

Crews were called to the building just off Hiawatha Avenue and East 38th Street around 9:45 p.m.

When they arrived, they found the doors had been opened, and there were squatters inside. Crews also found a fire on the first floor.

The fire was quickly extinguished.

Fire officials say one person was checked out for a hand injury that wasn’t related to the fire. 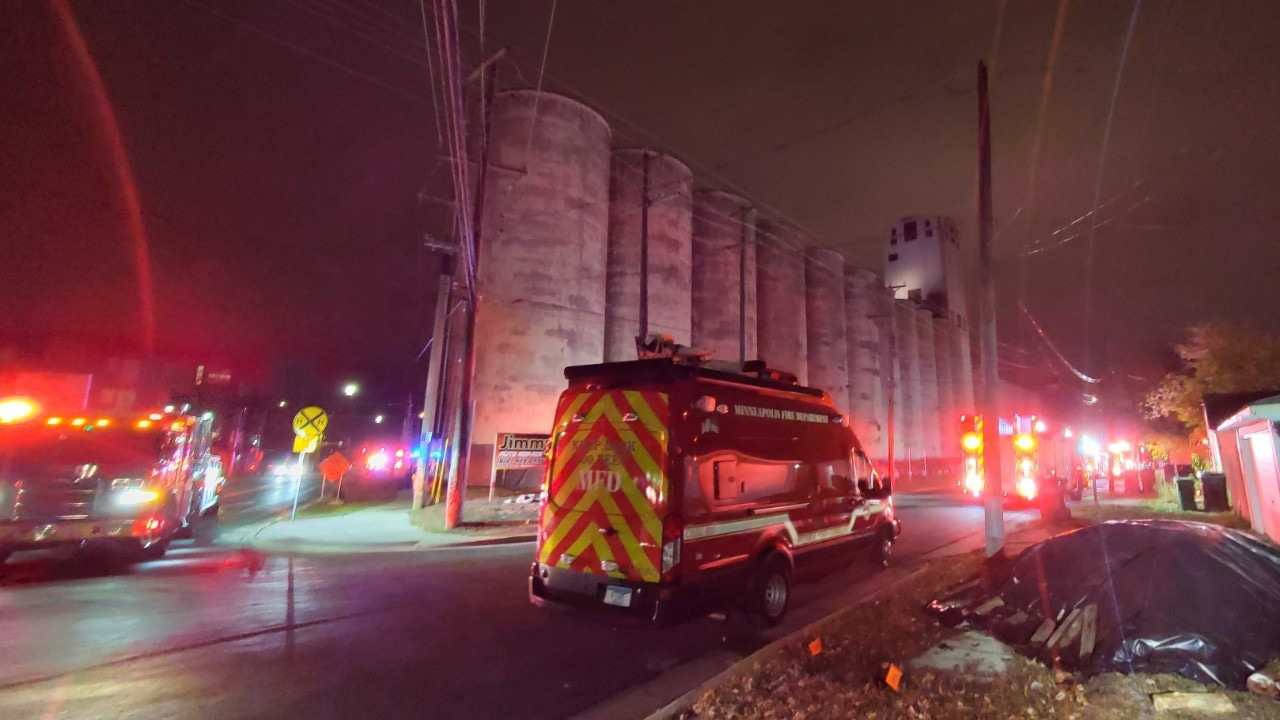 Minneapolis Fire Department crews were at the scene of a grain elevator fire Wednesday, Oct. 12, 2022, near the intersection of 38th Street East and Hiawatha Avenue. (KSTP/Erik Rognerud)

A second alarm was called due to the building’s size.