Canterbury Park Holding Corporation has announced a proposal to sell 40 acres of its property in Shakopee for an amphitheater project.

According to Canterbury Park’s proposal, announced Tuesday, the land would go to Swervo Development Corporation for plans for a 19,000-seat amphitheater.

The proposed amphitheater is expected to host major music acts and other events.

“The entertainment business is moving fast so you always have to be trying to stay ahead of it in our racing and our facility here,” Canterbury Park CEO Randy Sampson said. “We’re always looking to make improvements and trying to take things to the next level.”

Among Swervo’s recent projects was turning the Armory, in downtown Minneapolis, into an events venue, according to the development company. 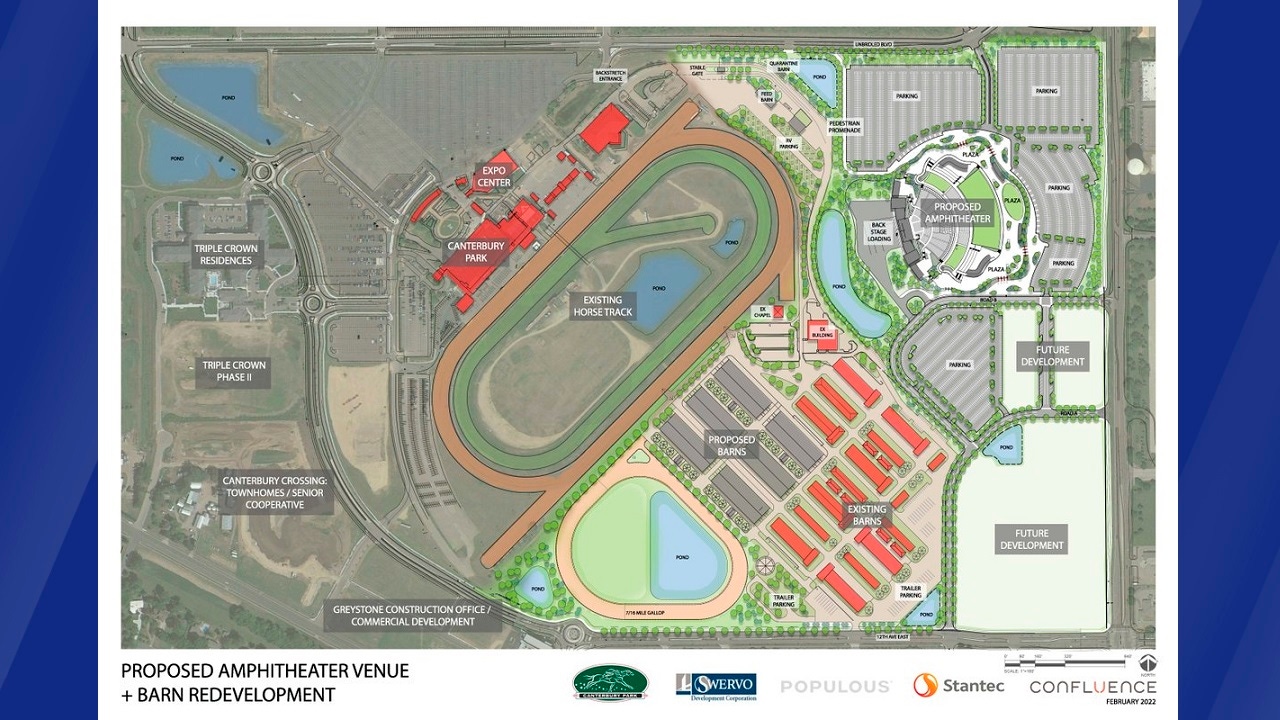 “The proposed amphitheater will be a centerpiece of our Canterbury Commons development and reflects our strategic focus on working with accomplished partners to create best-in-class live, work and play amenities and customer experiences as we continue the development of our available land,” Randy Sampson, chairman and CEO of Canterbury Park, said in a statement.

The proposal is subject to state and local regulatory approvals. The city of Shakopee is also expected to complete an environmental review of the amphitheater development proposal.

Meanwhile, Canterbury Park also announced a proposal to renovate its horse stabling area, which would include the addition of new barns, stables and dorms, as well as a reconfiguration of the existing training track.

Canterbury Park representatives intend to present that redevelopment plan to the Minnesota Racing Commission for regulatory review in the second quarter of 2022. If approved, construction is expected to begin after the 2022 live racing season and to avoid interrupting the 2023 racing season.

“The modernization of the stable area at Canterbury Park is important to the horses and people that call Canterbury Park home each summer,” Pete Mattson, president of Minnesota Horsemen’s Benevolent & Protective Association, said in a statement. “We look forward to working with Canterbury throughout the process to create an improved stable area for the future of racing in Minnesota.”