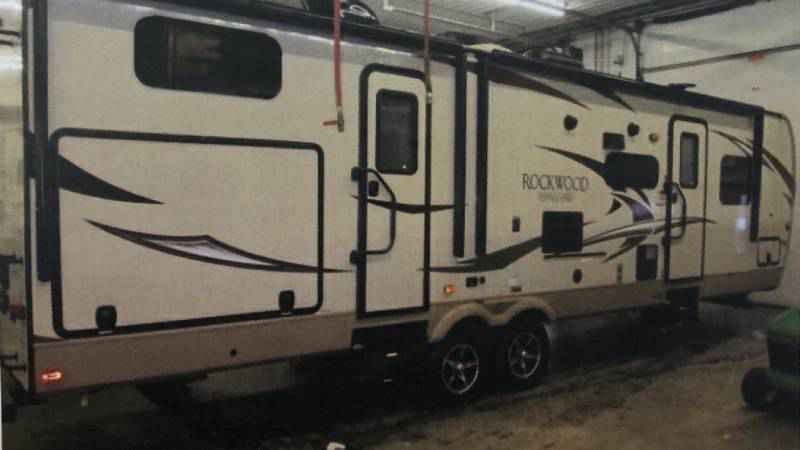 A camper has been reported stolen as of Sunday night near Little Falls.

According to the Morrison County Sheriff’s Office, at about 8:31 a.m., their office received a call stating a camper was stolen from Hilmerson RV and Marine Superstore. The store is located along Highway 10, south of Little Falls.

The sheriff’s office states a tan/brown multi-colored 2018 Rockwood Travel Trailer bearing Minnesota license plate number RW25718, was stolen off the RV lot. The travel trailer is 35 feet long and was taken Sunday night at about 11 p.m. It was last seen traveling east of Little Falls on Highway 27 towards Pierz.

The suspect vehicle is described as a dark-colored, four-door Chevy truck.

Sheriff Shawn Larsen encourages residents to be on the lookout for this camper and the suspect vehicle. He asks anyone to contact the Morrison County Sheriff’s Office at 320-632-9233 with any information regarding the theft.