A handful of stores in the strip mall near the Brooklyn Center Police Department are re-opening after being shuttered for several days since the death of Daunte Wright on Sunday.

A Dollar Tree was looted and suffered some fire damage Monday night, and numerous businesses along Humboldt Avenue have remained closed, with windows and doors covered up by plywood.

That area near 69th Avenue has been the scene of much of the protest activity this week. Some merchants are re-opening, but are remaining boarded up.

Alhagie Njie, the owner of the Value Goods African Market, said the store closed early on Sunday but has remained open for business every day since then.

“Definitely it was scary that night because we could see the smoke coming out of Dollar Tree, and we are just close — very close — so we decided to take some precautions, put some wood and cardboard on the windows and doors, so we can protect the store," Njie said. "Luckily for us, our store is not affected, you know?“ 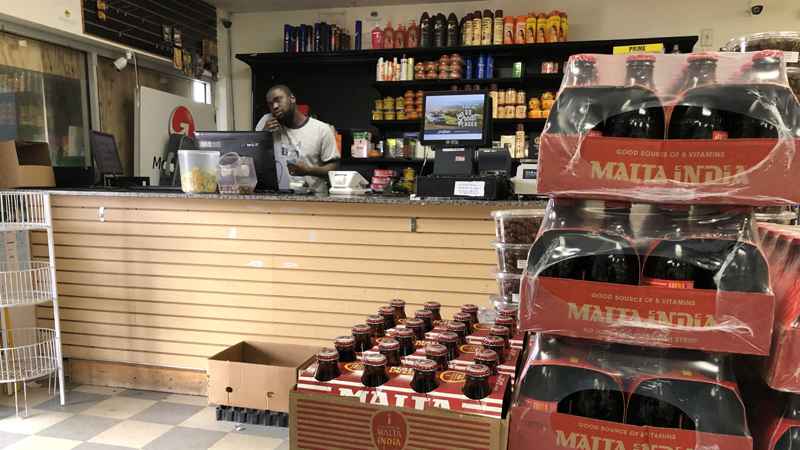 Njie said he’s keeping his business open between 9 a.m. and 5 p.m. He’s operated the store for about five years.