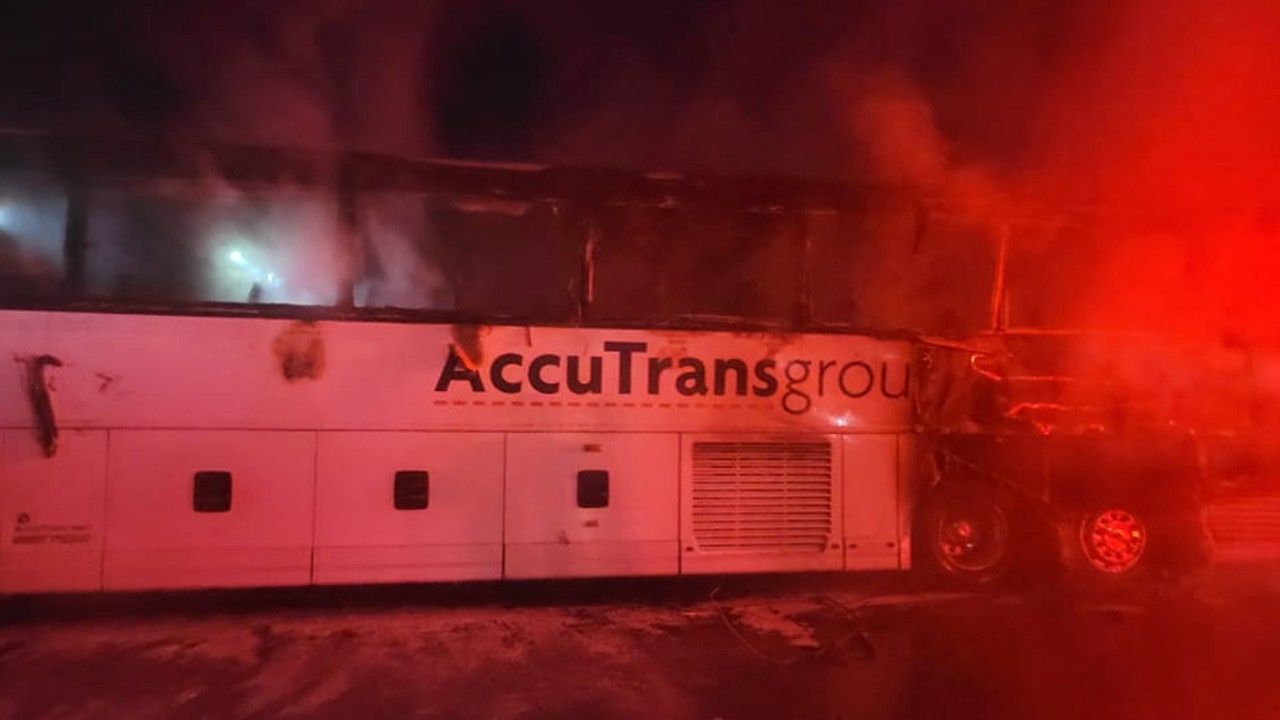 The Barron County Sheriff’s Department says it happened around 7:45 p.m. on Highway 53, just south of the Barron exit.

Fortunately, all 15 athletes – as well as a coach, his son and the bus driver, who were all traveling back to the Milwaukee School of Engineering – were able to safely get off the bus without any injuries. However, the bus and everything left on it was a total loss.

Authorities say the team and bus driver were taken to the sheriff’s department where they were given “jail snack packs and sandwiches” until a new bus picked them up and took them back to the college.

The bus fire closed the highway for about two hours Friday night.

While the cause of the fire is still under investigation, initial information indicates it possibly started in the rear of the bus and in the brake system.

“On Saturday night, MSOE’s wrestling team was returning from a meet in northern Minnesota. The bus they were traveling on caught fire. We are very thankful all of our players and coaching staff were able to safely exit the vehicle and there were no injuries. It was a long night for everyone as they waited for a new bus to arrive and bring them back to campus. We thank the Barron County Sherriff’s Department and the area fire departments for their assistance in keeping our student-athletes safe and warm.”