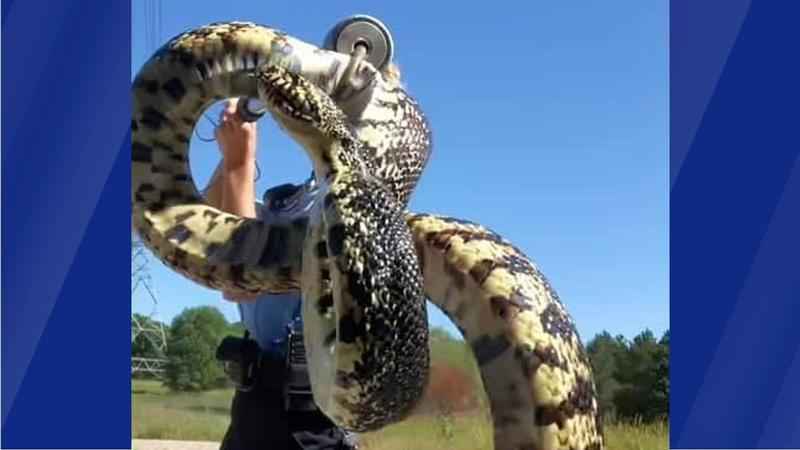 A large bullsnake was found Tuesday in Coon Rapids.

Coon Rapids Police posted a picture of an officer moving the large snake with the caption, "99% of the time being a CSO you get to help very cute creatures. The other 1% we try not to think about."

The department said the snake was released alive in Bunker Park.

Bullsnakes are the largest in Minnesota, averaging 5 feet in length, according to the Minnesota Zoo. The nonvenomous snakes can grow up to 8 feet long and mainly eat rodents.

The zoo also says they’re listed as a species of "special concern" in Minnesota.