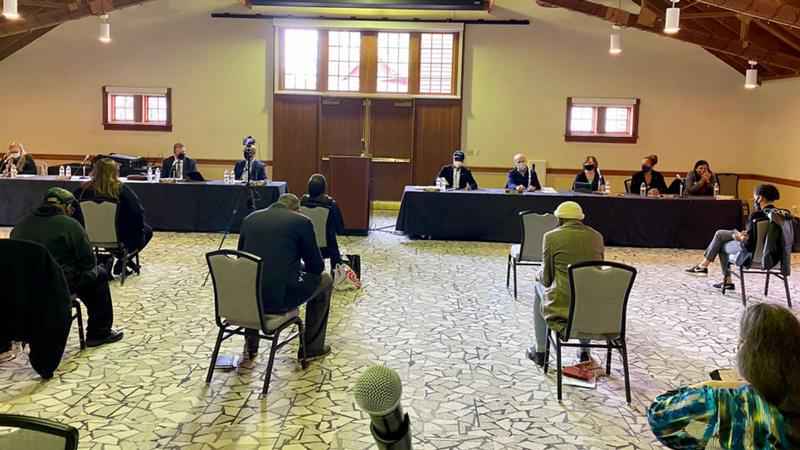 The Brooklyn Center mayor’s office now has "command authority" over the city’s police department and the city manager has been fired.

The changes were made Monday, following 20-year-old Daunte Wright’s shooting death during a traffic stop on Sunday.

Brooklyn Center Mayor Mike Elliott called the shooting “deeply tragic” and said the officer, who has been identified by the Minnesota Bureau of Criminal Apprehension, should be fired.

“We cannot afford to make mistakes that lead to the loss of life of other people,” Elliott said. “We’re going to do everything we can to ensure that justice is done and our communities are made whole."

Elliott later announced that the city council had voted to give his office “command authority” over the police department.

This “will streamline things and establish a chain of command and leadership,” he wrote on Twitter. He also said the city manager had been fired, and that the deputy city manager would take over his duties.

Moments ago the council passed a motion 3-2 to give command authority over our Police Department to my office. At such a tough time, this will streamline things and establish a chain of command and leadership. I appreciate the other councilmembers who voted to approve this motion pic.twitter.com/qa1cWMurkI

Effective immediately our city manager has been relieved of his duties, and the deputy city manager will be assuming his duties moving forward. I will continue to work my hardest to ensure good leadership at all levels of our city government.

The reason behind the firing was not immediately clear, but the city manager controls the police department, according to the city’s charter. Now-former City Manager Curt Boganey, speaking earlier to reporters, said the officer who shot Wright would get “due process” after the shooting.

“All employees working for the city of Brooklyn Center are entitled to due process with respect to discipline," he said.