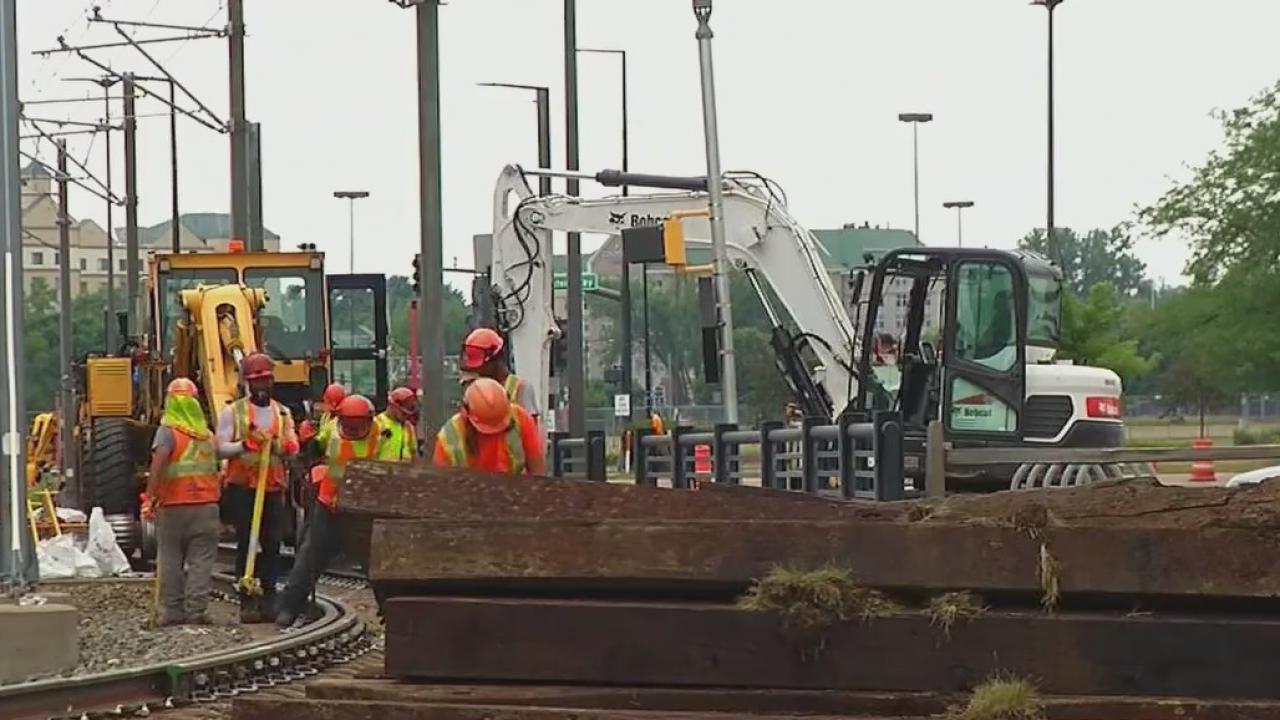 Buses are temporarily replacing trains on parts of the Blue Line for the next few weeks.

Metro Transit has announced it will extend the closure of the Blue Line portion between the Mall of America and the Minneapolis-St. Paul International Airport.

The project, which has shut down light rail routes in both directions since July 8, had an original end date of Aug. 15.

The agency says the project will eventually end, but it won’t have a more specific project timeline update until next week.

“Simply put, despite around-the-clock efforts since the start of construction in July, contracted work hasn’t advanced as quickly as anticipated. We recognize this is an inconvenience and are doing everything we can to resume light rail service as quickly as possible,” a Metro Transit Representative told 5 EYEWITNESS NEWS Wednesday.

Metro Transit replacement buses are expected to continue on similar schedules until the work is done.

The agency told customers in June they should make extra time for travel over the five-week period.

Visit KSTP’s previous coverage for a full list of affected stops and insight into the project.

This delay comes during other changes Metro Transit has made to mitigate a number of problems, including crime, train wear and tear, and “unprecedented” driver shortages.

First, the number of light rail trains on Blue and Green Lines was temporarily reduced from three to two under a test plan running from July 9-Aug. 20.

Officials said the reduction was aimed bolstering police officer and rider interaction, and was expected to make trains easier to clean, plus reduce the wear and tear of light rail vehicles. The agency said the train reduction would be reassessed sometime in August.

In addition, starting Aug. 20, Blue Line and Green Line trains will run 15 minutes between stops rather than 12, and more than 25 bus routes will be modified in some way.

“Unprecedented” driver shortages were said to be the reason for the scheduling and route changes.

Metro Transit expects the Aug. 20 shift will reduce the number of canceled trips by balancing its resources with customer demand.

For the latest details on the MOA-MSP closure, click here. Information on all trips with Metro Transit, visit the agency’s website.