It’s hard to imagine a frigid February day being even more bitter than expected.

But for one Blaine family, it’s been a dark and cold week after their 12-year-old daughter Vanessa Miller died suddenly on Monday.

It was 12 years longer than doctors expected when she was born. 5 EYEWITNESS NEWS was there as the tiny, sixth-month-old Vanessa was hooked up to oxygen and her family was in need of help.

Vanessa was born with hydrocephalus, which is a buildup of fluid in the brain. According to the Mayo Clinic, the pressure of too much fluid can damage brain tissues and cause brain function issues. It can happen at any age but mainly affects infants and adults older than 60-years-old.

Between family, friends and the Children’s Hospital, Vanessa challenged her own odds and science.

“She’s had several times during her life where we thought she wasn’t going to make it,” Mary Strohmayer, Vanessa’s aunt, said.

For her entire 12 years of life, Vanessa practically lived at Children’s Hospital. It was her second home. And her family recognizes that without the medical staff, their daughter may not have made it as long as she did. 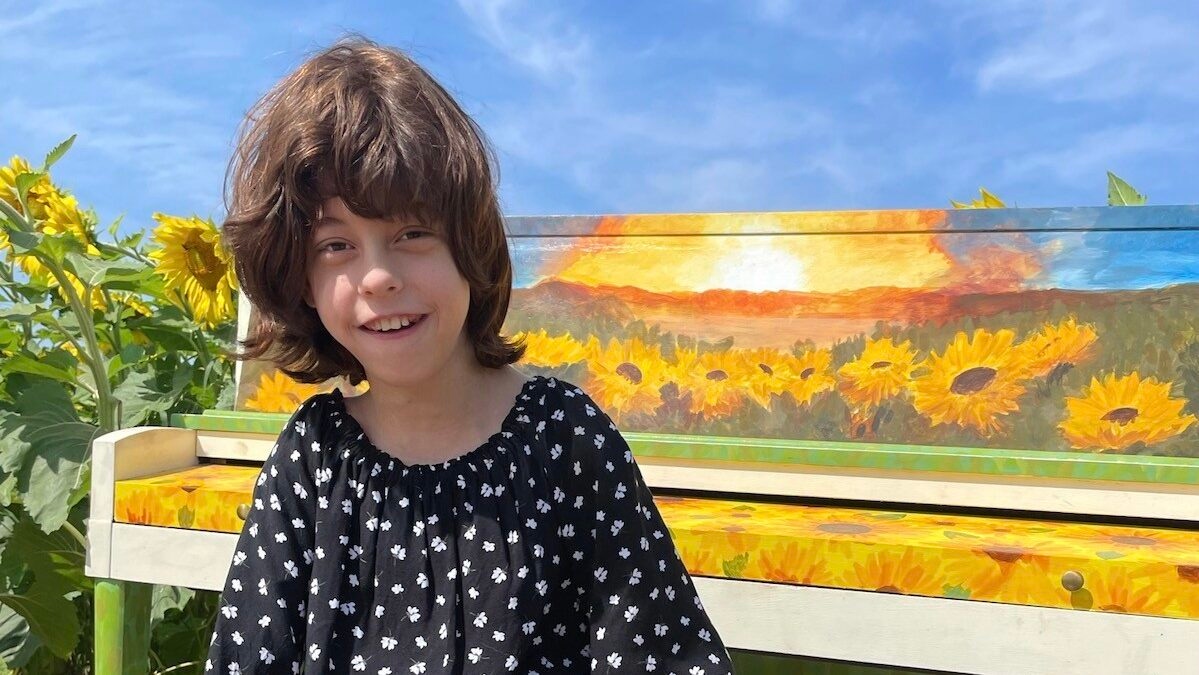 So after her death, the Miller family knew they had to turn their grief into something good.

Despite Sunday’s freezing winter air, both warmth and love rushed into Blaine’s Target. When hundreds showed up armed with hugs, red carts and resilience. It was Vanessa’s favorite place to shop. And family and friends walked in alongside Vanessa’s mom who was afraid to ever walk into the store her deceased daughter loved so much.

They were on a retail-therapy mission to give back.

“I think Vanessa is in charge of this,” Strohmayer pointed to the crowd of people showing their support at Vanessa’s favorite place to shop. “People came because everybody loves her. All of her teachers for school, every para, every teacher that she has had, I’ve seen them all walking in,” Vanessa’s aunt added.

Vanessa loved Target, it was her favorite outing. Her family tells 5 Eyewitness news Vanessa would often ask if they would take her. The 12-year-old would have a smile plastered across her face, show extreme excitement and wanted her mother to buy her cookies and oat milk from Starbucks. Employees there, knew Vanessa by name.

With hearts on their sleeves and hope in their minds, those there to shop for Vanessa were actually buying for Children’s Hospital. Her parents said it’s a place that kept her alive and growing alongside her family for far longer than anticipated.

“This is kind of a once-in-a-lifetime thing to be so helpful and be in a really huge group of people who all loved the same little girl,” Kristin Olson, a family friend, said while shopping with her own little girls. “We didn’t want to miss this.”

Many loaded up their iconic red carts with toys, phone chargers, things to comfort families and their kids who are still fighting for their own lives at the same hospital Vanessa battled for so long.

After dozens of surgeries and extended stays at Children’s Hospital, the Millers knew how big of an impact a small gift could have.

“We have spent a significant time at the hospital and to be able to provide a small distraction to families going through something so terrible and so hard help the children. It breaks p the day when someone pops in and drops something off for you.” Debra Miller, Vanessa’s mom said. “We know what it’s like and it hurts and it’s scary.”

The Millers say Vanessa spread so much joy and love, and if she knew she could have made it easier for someone else, she would have.

All gifts at Target were donated to Children’s Hospital in Minnesota in honor of Vanessa Miller.

You can donate to Children’s Minnesota here.