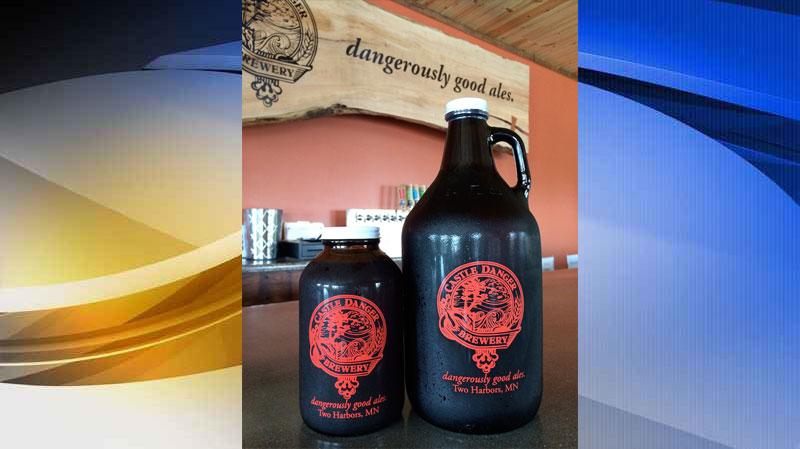 On Thursday, Rep. Jim Nash, R-Waconia, announced a proposal called "#FreeTheGrowler," which would remove the growler sales cap that Minnesota breweries have to deal with.

It’s an issue that has received bipartisan support. Once a brewery hits 20,000 barrels sold in a year, current Minnesota law dictates it can no longer sell growlers, crowlers and other off-sale bottles in its taproom. Minnesota is the only state in the country where craft breweries are not able to sell beer to-go.

The five breweries that have been most affected by this law are Indeed, Castle Danger, Surly, Schell’s and Lift Bridge breweries.

"It’s finally time to ‘Free the Growler’ and stop punishing five successful breweries in our state while removing a hurdle many growing breweries may face in the coming years," Nash said. "Beer is bipartisan and we will have bipartisan support on our proposal in the House and Senate. We need lawmakers to overcome the resistance to change that has kept Minnesota’s liquor laws stuck in the 1940s."

Lawmakers originally set the growler cap limit in 2013 and told brewers to return to the Capitol when the limit needed to be raised again.

"The pandemic has highlighted the need, even more, to allow breweries in our state to sell growlers," Pappas said. "Breweries that have been allowed to sell growlers were able to keep their business from going under amid all the pandemic-related closures. These breweries that were open for pick-up orders kept workers employed, kept revenue up, and moved product off their brewery floor. The growler is the perfect opportunity to help these small businesses remain afloat during these hard times."

The growler cap is intended to protect distributors and retailers by ensuring breweries utilize the state’s three-tiered distribution system rather than self-distribute their products or sell on-site. Breweries use growlers for research and development for testing new small-batch beer to see if customers take a liking to it. Then, it can be mass-produced and distributed through the three-tiered system.

"Minnesota brewers have been put at a disadvantage with their counterparts in other states," Nash added in a statement. "The ability to sell growlers gives brewers an idea of what customers want and allows brewers to test and innovate. Some of the most well known beers from our state – from Schell’s Grain Belt Nordeast to Surly Darkness or Todd the Axe Man to name a few – were invested in and made in great quantities due to their copious growler sales. Now we can buy these beers at liquor stores across our state and others. Right now, the creativity of these brewers is hampered by an inability to sell growlers. We need to Free the Growler and end the stifling of creativity of these great small businesses."

Sen. Dziedzic said this comes at a time when small businesses need all the help they can receive.

"We shouldn’t be denying revenue to our small businesses during a time when it is much needed," Dziedzic said. "All the breweries that have a taproom generate additional profits. In some cases, the sale of growlers can contribute hundreds of thousands of dollars in revenue for brewery taprooms that employ hourly workers. If a taproom loses growler sales, that loss in revenue must be absorbed often resulting in the layoff of taproom employees."

Minnesota’s largest brewery, Schell’s, produces about 112,000 barrels of beer each year. In comparison, Samuels Adams— also a "craft" brewery, who competes with Minnesota’s craft breweries— produces over 4 million barrels per year, according to Boston Beer.