The Better Business Bureau is investigating a COVID testing operation amid growing concerns about the company’s practices.

The Center for COVID Control promises same-day rapid results at its more than 275 locations nationwide. Locally, there are sites in Minneapolis, St. Paul and Eagan.

“Our investigations are always initiated when we see an uptick, or experience an uptick in complaints, negative reviews or inquiries,” said Bao Vang, the vice president of communications for the BBB-Minnesota and North Dakota.

The regional office decided Monday to join an investigation into the company initiated by BBB Chicago and Wisconsin. 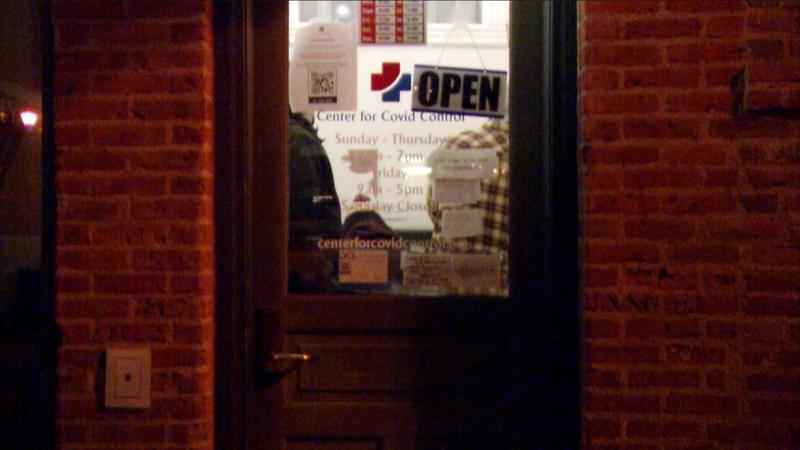 The Better Business Bureau is investigating the Center for COVID Control after receiving a number of complaints about the company's interactions with customers. The company operates COVID-19 testing sites in Minneapolis, St. Paul and Eagan.

Customers have left reviews on the BBB website that including, “Tested 3½ weeks ago, gotten no results” and “Have serious concerns about this company. Received results report with incorrect date.”

The BBB has dropped the company’s rating to an “F.”

“First of all, they have a history of just not working with their consumers, they have a history of not answering complaints from consumers and they’ve been in business for less than a year,” said Vang. “Anytime a consumer sees an ‘F’ on a rating profile, they should be alarmed. Those are red flags that should tell you, ‘I am going to pause before I make any decisions or hand out credit card information, personal information, over to that company.'”

On Monday evening, people gathered at the Center for COVID Control site on East Seventh Street in St. Paul.

Neveah Sanders-McCoy joined her mother and sister in line. She hopes to get a negative test before her 17th birthday on Tuesday.

“Once you go in it’s like a roundabout, waiting for other people in front of us to go,” she described. “And once we got to the front, we gave her information and she did the nose thing and we’ll get a call in about 20 to 30 minutes if we’re positive.”

It’s the second time the family has visited the site. After their first visit, she said they received test results within 15 minutes.

The women told 5 EYEWITNESS NEWS they turned to the pop-up location after seeing hours-long lines at state community testing sites.

“We were going to a place near our house but the rapid testing was like three hours so we got the saliva test there and then came here to do the rapid test,” said Sanders-McCoy.

Her mother Rochelle Sanders added, “Roy Wilkins, like she said, had a three- to four-hour wait just for the rapid test. You don’t want to sit and wait that long — rapid is supposed to be fast.”

They were surprised to hear the BBB is investigating the company.

“We haven’t had any issues,” said Sanders.

The Minnesota Department of Health has not yet answered our questions about Center for COVID Control testing practices.

Anyone who wishes to direct a complaint to the Minnesota Attorney General’s Office can do so by calling 651-296-3353 or filling out an online form.