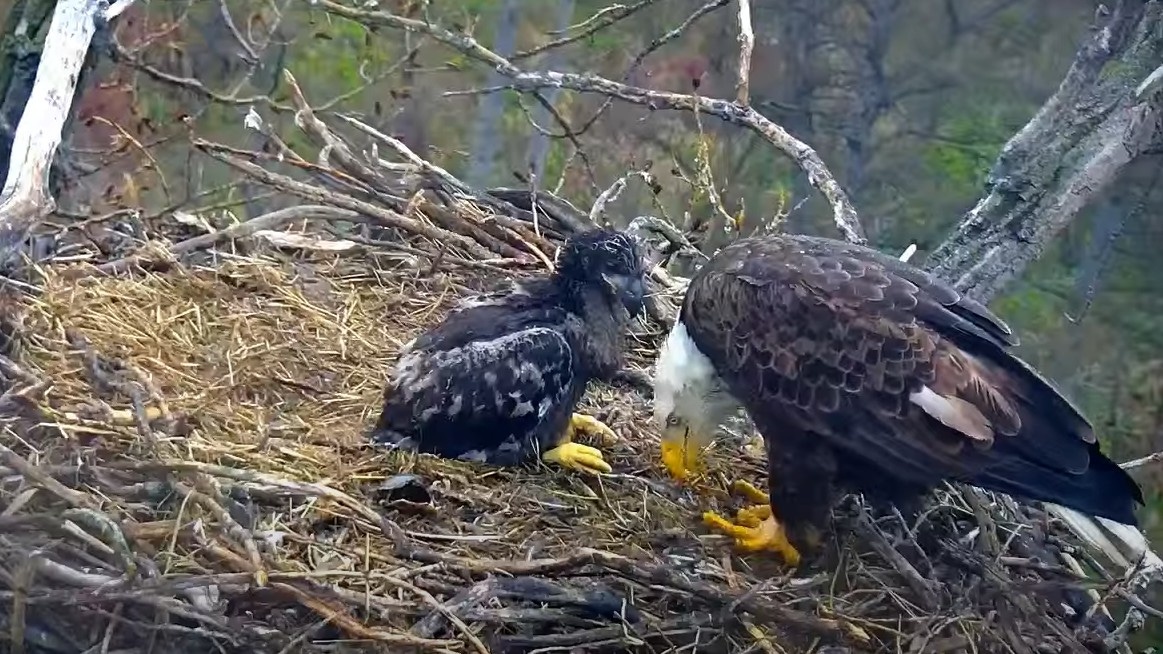 One bald eagle chick and one parent remain at the nest monitored by the DNR EagleCam (Credit: Minnesota DNR).

A bald eagle chick seen in the DNR EagleCam died on Saturday after being pushed out of the nest by its older and larger sibling, the Minnesota DNR confirmed.

The chick was seen on the EagleCam livestream being pushed out at about 12:50 p.m. Saturday.

The chick was recovered and “humanely euthanized” at the University of Minnesota Gabbert Raptor Center, according to a DNR spokesperson. The chick had reportedly fallen about 75 feet and showed signs of not eating for days.

The DNR spokesperson explained there have been issues with the inhabitants of the nest after the male eagle parent went missing and has not been seen since Tuesday, which is considered unusual. This has reportedly strained the food supply and likely led to the aggression seen between the siblings. The male eagle’s whereabouts are unknown at this time.

Due to the food shortage, it is likely the chick would have died from starvation had it not been pushed from the nest, the DNR spokesperson said. This current situation will allow the remaining female eagle parent to focus on feeding herself and the one chick, increasing both of their chances for survival.