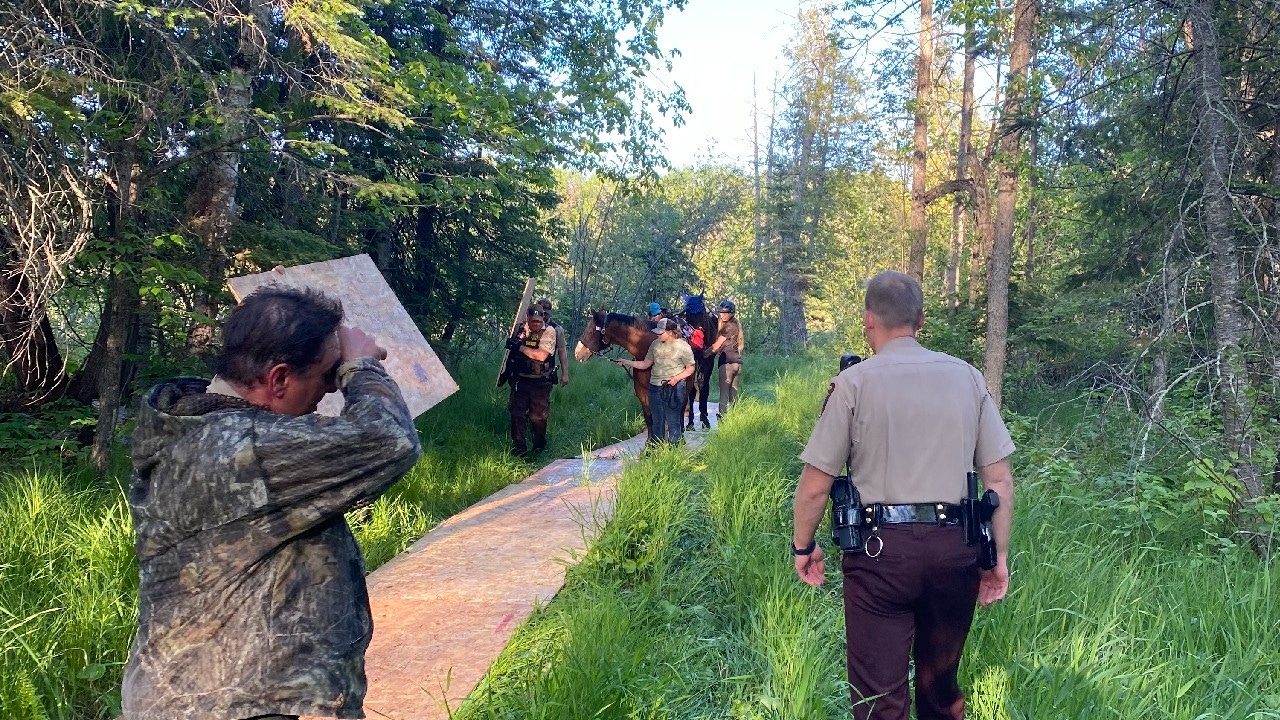 Two horses that got stuck in a swamp in northern Minnesota were rescued Saturday.

The Beltrami County Sheriff’s Office says deputies were told that two horses were stuck in a swamp in Three Island County Park at around 4:15 p.m. Saturday.

Authorities learned that two people were riding horses on the park trail system when, due to the wet spring, the horses began to sink into the bog. The sheriff’s office says the horses spooked and ran further into the bog where they sank further and were unable to move.

Law enforcement quickly responded and used large boards to create a floating bridge for the horses to walk on.

According to the sheriff’s office, officers “leap-frogged” the boards for around a quarter of a mile until the ground was solid enough for the horses to walk on.

The riders and horses made it back to the parking lot safely by around 8:30 p.m.