No injuries reported after bus crash in Cedar-Riverside neighborhood 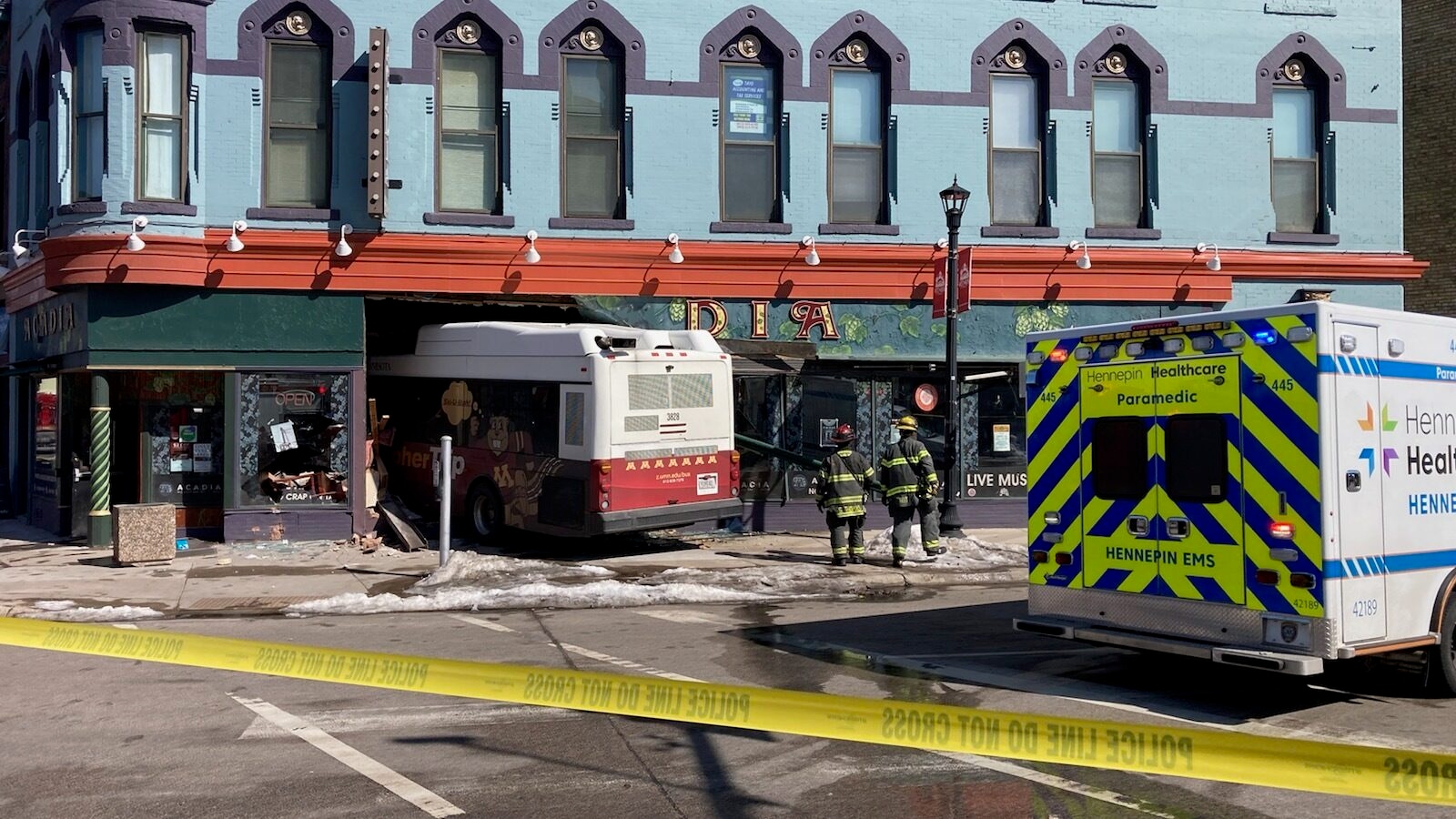 First responders were at the scene of a bus crash in Minneapolis. (KSTP)

A KSTP crew was at the scene of a bus crash in the Cedar-Riverside neighborhood of Minneapolis, Tuesday afternoon.

A Minneapolis Fire Department spokesperson said that a University of Minnesota Campus Connector bus crashed into a restaurant at 325 Cedar Ave. According to our photographer on-scene, it was Acadia Café.

Acadia Café posted on their Facebook page at 1:27 p.m. saying that everyone is safe. They thanked people for their support and said they will be closed indefinitely. They also posted a link to a GoFundMe to support staff.

The University of Minnesota told 5 EYEWITNESS NEWS that no one was injured in the crash.

A Minneapolis Fire Department spokesperson said that no one was in the restaurant at the time and two people were on the bus – the driver and one passenger. Neither person was injured.

An engineer was called to the scene to check the structural integrity of the building because the bus possibly hit and damaged a structural beam, MFD said.