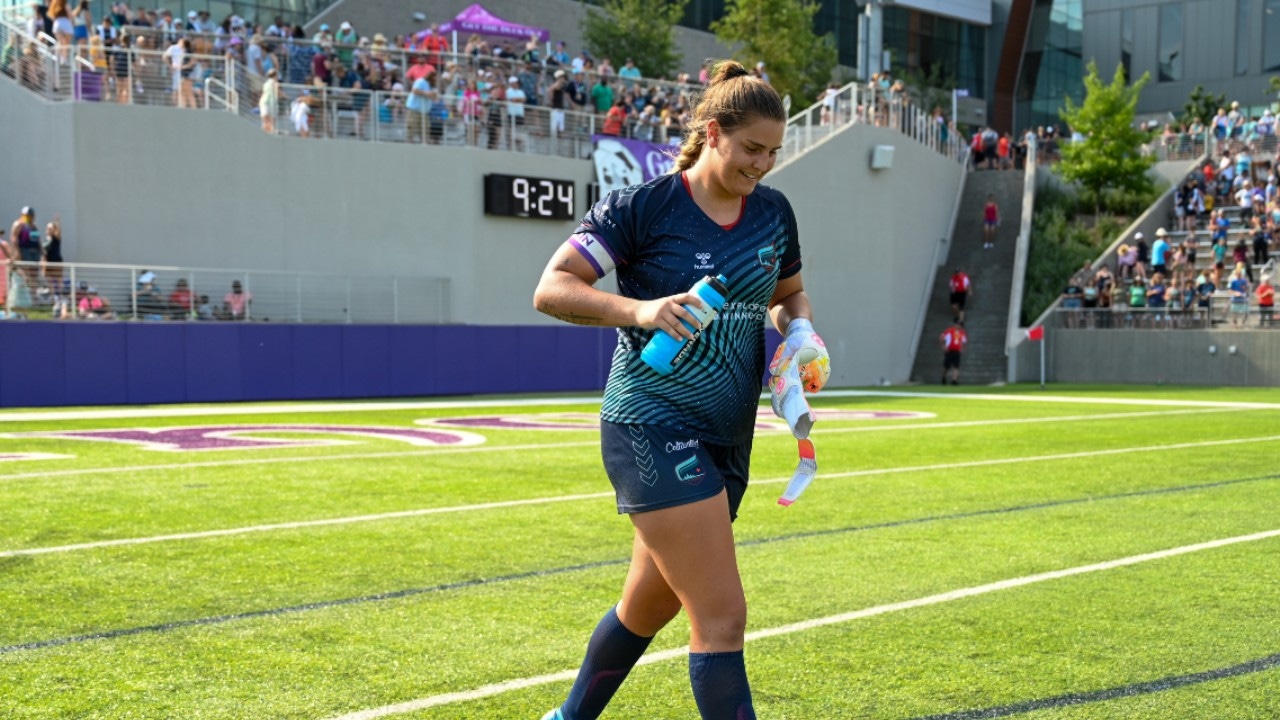 The first player ever signed by Minnesota Aurora is hanging up her cleats.

Sarah Fuller announced Tuesday that she is retiring from playing soccer, saying she’s “excited to start a new chapter” in her life.

After spending time at the University of North Texas and Vanderbilt University — where she famously joined the football team and became the first woman to score in a Power 5 college football game — Fuller played in 13 games in Aurora’s inaugural season and posted an .860 save percentage.

Her efforts helped lead Aurora to the USL W Championship game, and she also placed second in voting for the league’s goalkeeper of the year.

Fuller’s full statement is below.

“I am at a place where I am excited to start a new chapter in my life. After nearly 20 ears on the pitch I have decided to hang up my cleats. Soccer gave me more than I could have ever asked for. I am grateful for the successes and the failures, the people I have met, and the opportunities the beautiful game has granted me. Thank you to every teammate, coach, and staff member I have worked with over the years, to my friends and family who have supported my dreams, and a special thank you to Aurora FC for the opportunity to stand in net one last time in the best environment I could have ever imagined. It has been an honor to be a part of such a monumental team. My hope is to have inspired others and left the game better than I found it. I know my younger self would be proud. #32“