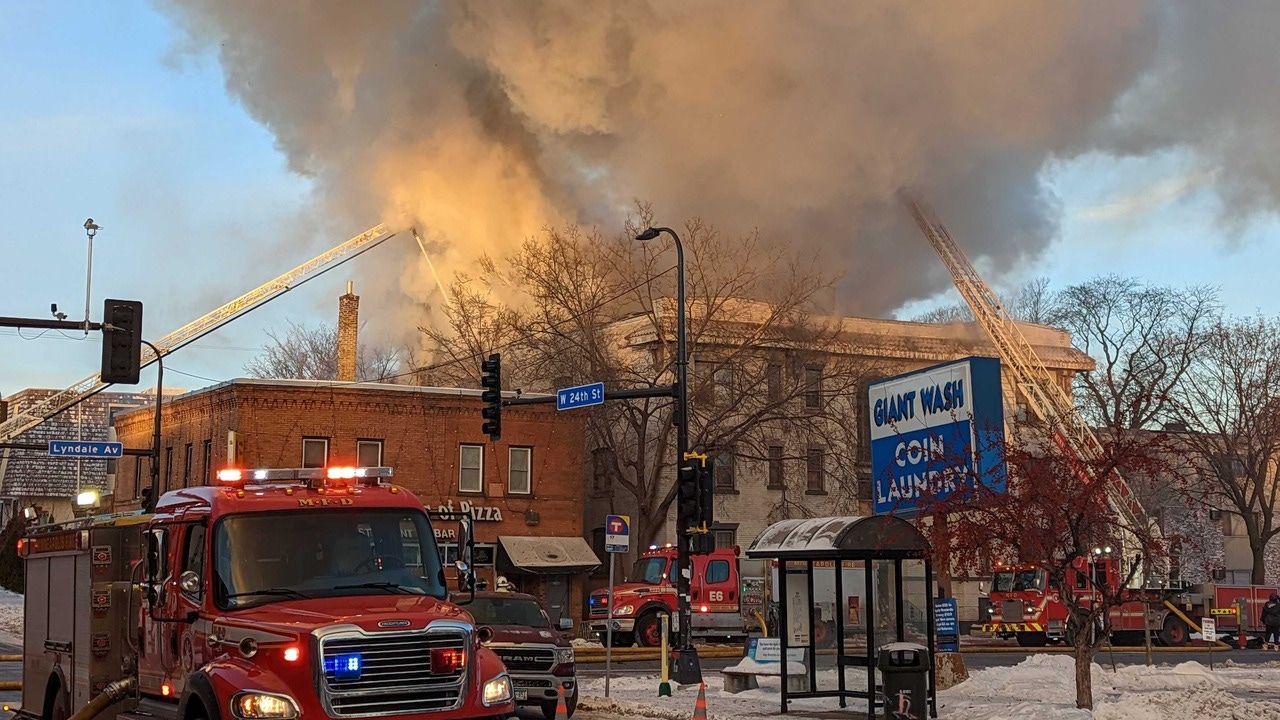 Federal investigators are helping members of the Minneapolis Fire Department and the State Fire Marshal’s Office to determine what caused a fire this past weekend at an apartment complex in south Minneapolis.

Monday, the Bureau of Alcohol, Tobacco, Firearms and Explosives announced it is working with officials at the state and local level due to the amount of damage, which included a partial collapse of the building.

As previously reported, the fire happened on the 2300 block of Lyndale Avenue South at a four-story apartment complex around 7 a.m., near the edge of the city’s Lowry Hill east and Whittier neighborhoods.

Firefighters said there were “several squatters” in the building when the fire started and added one person jumped from the second floor in order to evacuate the building.

The fire is estimated to have caused about $1.8 million in damage.

“Investigating a fire of this size is time consuming and requires an all-hands-on-deck approach. The partnership of our federal and local agencies is critical and always appreciated, especially with a fire of this magnitude,” said Jim Smith, the Minnesota State Fire Marshal.

Federal authorities say this is the first ATF National Response Team call-out to the state this year, adding the last time they were called out was in 2020 for the St. Paul hotel fire that was being built, more than 150 arson investigations in the Twin Cities area following civil unrest, the Press Bar and Parlor fire in St. Cloud and a health clinic fire in Grand Rapids.

Before then, the ATF says the national response team hadn’t been in the state since 2004.