Wednesday, local officials spoke about recent efforts to boost public safety on and near the University of Minnesota campus in the Twin Cities.

Gabel said the university is also partnering with the Hennepin County Sheriff’s Office, Metro Transit police, and the Minnesota State Patrol for more patrols in the area to assist university police.

To that end, Lt. Gordon Shank, with the Minnesota State Patrol, said Wednesday that state troopers will be on campus this week, as students return to class, to help support university police and Minneapolis police in their patrols. 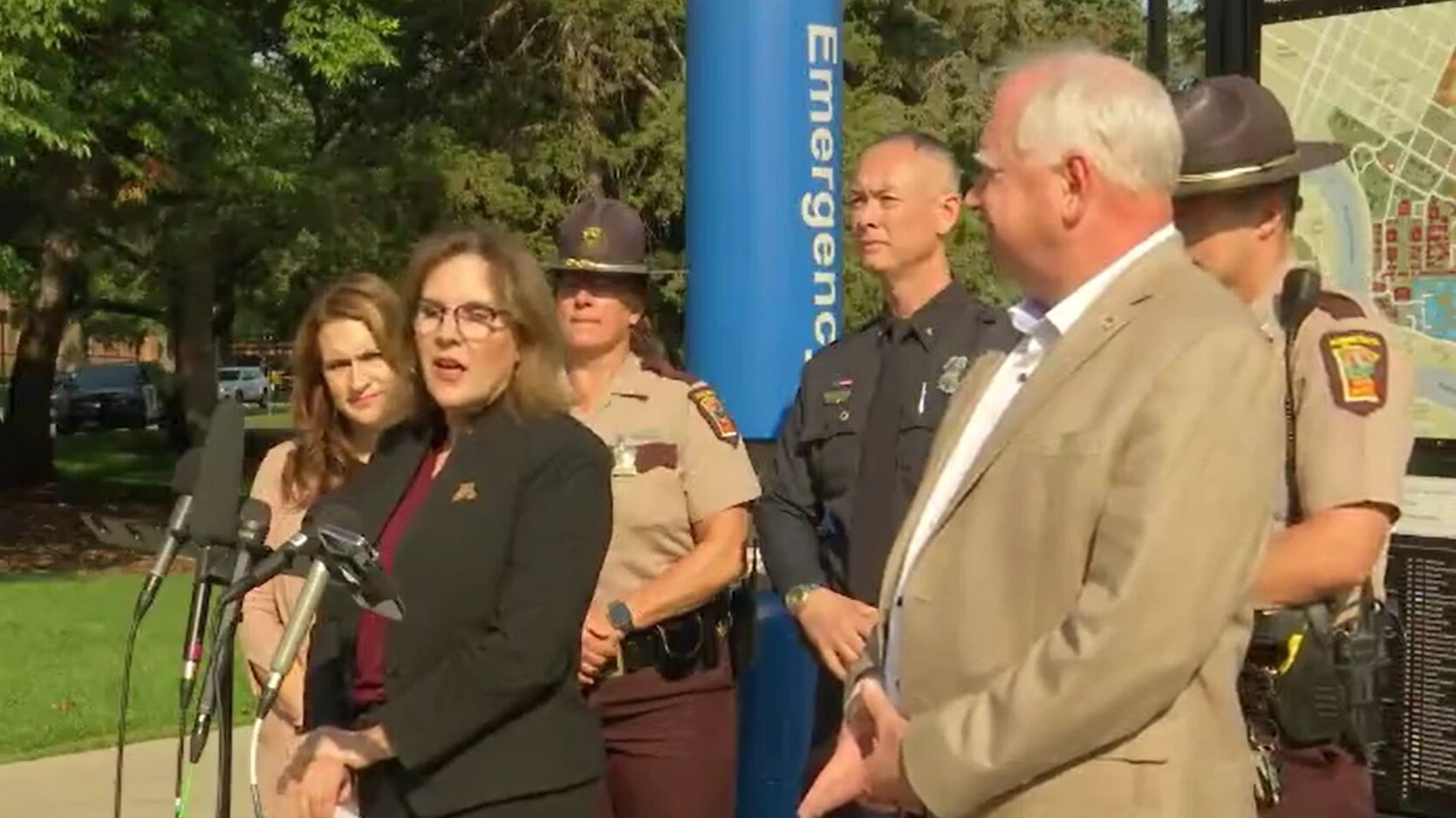 Wednesday, local officials spoke about recent efforts to boost public safety on and near the University of Minnesota campus in the Twin Cities. (KSTP-TV)

Touching on recent crime, University of Minnesota Police Chief Matt Clark said his department has seen increases in off-campus crime during the past two years.

“I don’t have the specific numbers for this year but it’s about on pace for what we saw the last two years,” Clark said about crime near campus this year.

Meanwhile, Clark said on-campus crime this year has been slightly less than average and that the number of on-campus violent crime incidents typically hovers around 20-24 incidents per year.

“I know that the officers are really proud about keeping crime down on campus but also focusing on off-campus areas where we see crime increases,” Clark said.

Clark said that part of the back-to-school safety plan is to encourage students to use the escort service, keep their phones out of sight, pay attention to their surroundings and look out for each other.

Walz addressed students and staff, saying, in part, “Our job is to listen and get that right and make sure you feel safe in all aspects of your time here at the University of Minnesota.”