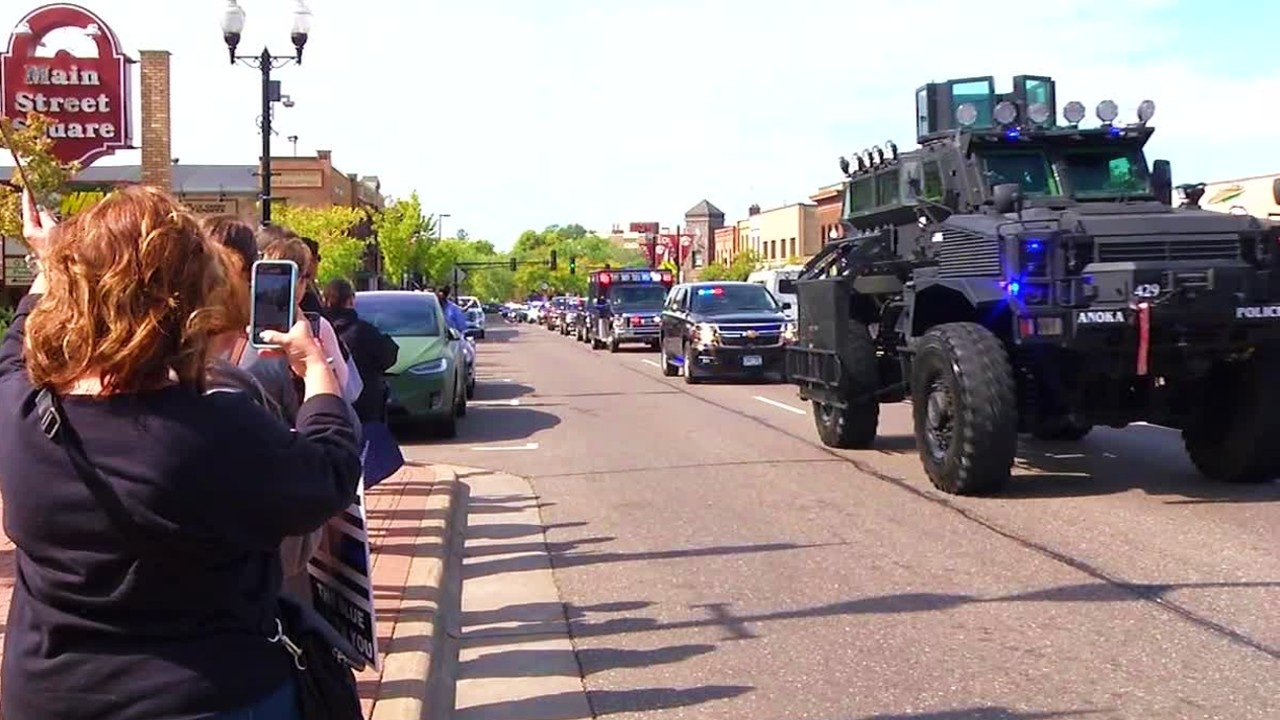 Wednesday, an Anoka police officer who died suddenly at his home last week was laid to rest.

A funeral for Eric Groebner was held at Eagle Brook Church at 11 a.m.

Afterward, officers and firefighters led Groebner in a “final patrol” to Veterans Memorial Park, which included a long processional down Main Street.

Groebner had been with the department since 2013.

He leaves behind a wife and two kids. As of Wednesday afternoon, nearly $50,000 had been raised to help support his family.