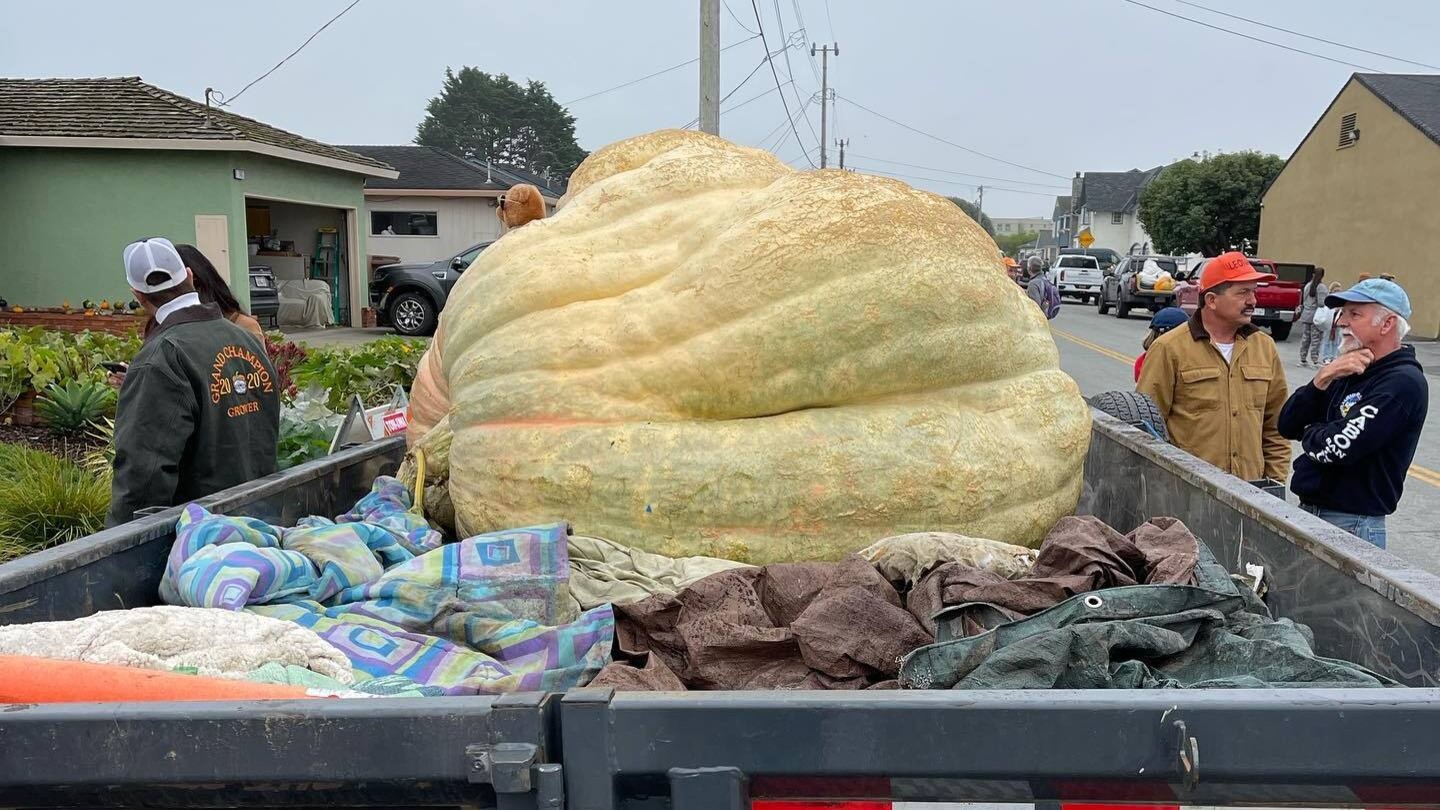 Travis Giegner, of Anoka, won the Half Moon Bay Pumpkin Festival pumpkin weigh-off competition in California on Monday with his massive gourd clocking in at 2,560 pounds.

Geigner was shy of the world record by 142 pounds.

An Italian set the world record in 2021 with a pumpkin weighing 2,702 pounds, and continues to hold the record.

This is not Geigner’s first win. He also won the Half Moon Bay pumpkin weigh-off in 2020, and, like this year, also set a North American record that year.

For winning the contest, the festival will pay Geigner $9 a pound for his pumpkin. That will amount to $23,040 for his winning gourd. His pumpkin was the last weighed at the event. The second-place pumpkin tipped the scales at 2,425 pounds.