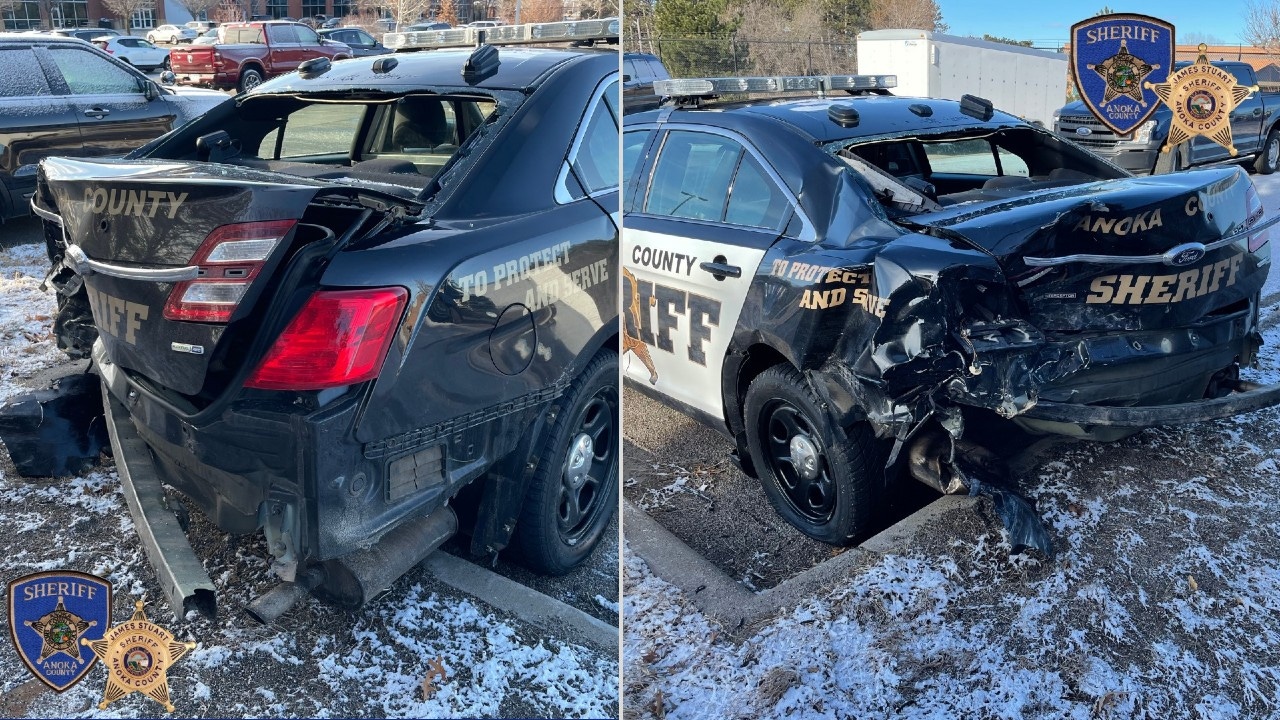 An Anoka County squad is damaged after it was hit early on April 8, 2022. (Anoka County Sheriff's Office)

An Anoka County deputy suffered minor injuries after her squad was hit by another vehicle early Friday morning.

The Anoka County Sheriff’s Office says the deputy responded to a crash on Highway 65 and parked the squad on the highway with emergency lights on to help control traffic.

Just after midnight, as the crash scene was being processed, a motorist struck the deputy’s squad.

The sheriff’s office says the deputy and the driver of the vehicle that hit the squad were both evaluated and suffered only minor injuries.

“This crash could have been much more serious and have resulted in far more significant injuries, or even death. Make sure that when you are behind the wheel, you are taking every precaution to ensure that everyone on the roads will get home safe,” the sheriff’s office said Friday.

Authorities also reminded drivers to slow down when roads are wet or icy, move over and slow down when emergency vehicles have their lights activated, and cut out distractions when driving.