Allina Workers announce intent to strike in May 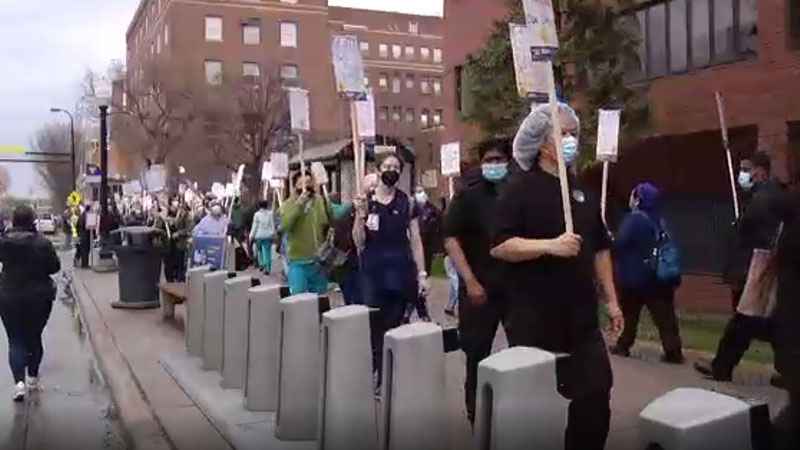 According to a statement from the union, the strike could start on May 10 at Allina facilities across the Twin Cities metro.

SEIU Healthcare says it has bargained with Allina 10 times since January. The two parties have not agreed on issues, including "the fact that management is proposing at 0% pay increase for the first year of the contract," according to the union.

The union also says Allina has refused to agree to changes regarding workplace safety and staffing.

Allina responded to the 10-day notice of the strike, saying, "Throughout these negotiations, we have consistently offered proposals that demonstrate our commitment to our employees, including wage increases and agreeing to some of the union’s other priority issues. SEIU continues to seek an economic package that is unrealistic and does not reflect the financial realities caused by the pandemic."

The two parties are set to meet again Monday.