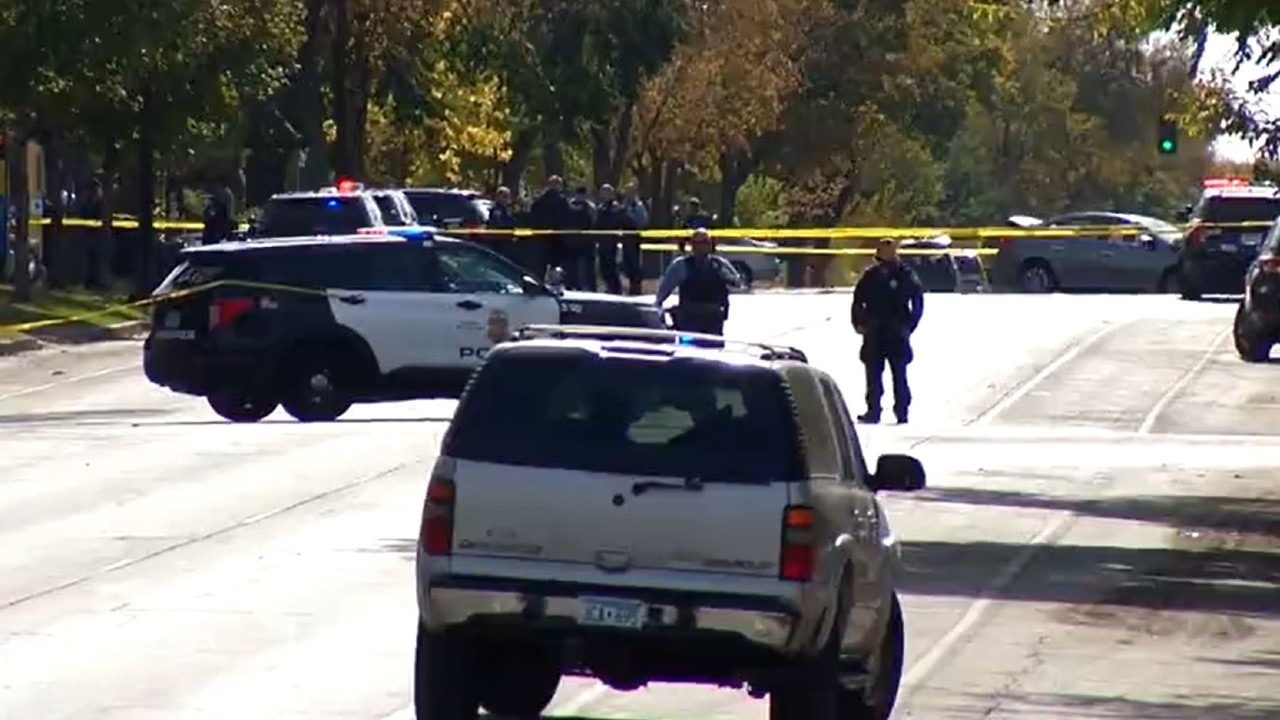 Officers at the scene of Franklin and Portland in Minneapolis following a chase. Credit: KSTP

Minneapolis police say a total of three people were arrested following a police chase that ended in multiple collisions.

According to Minneapolis police, officers saw what they suspected was illegal drug activity in the area of First Avenue and Eighth Street around 12:20 p.m. Wednesday. They then followed a vehicle from the activity and tried to stop it at Hennepin Avenue and Ninth Street.

However, police say the two men inside that vehicle drove off after ramming into a marked squad car. Another squad then chased the vehicle.

The fleeing vehicle then hit an uninvolved occupied vehicle at the intersection of Franklin and Porland avenues, as well as an unoccupied parked vehicle. The occupied vehicle was being driven by a female, whose age wasn’t immediately specified.

There, police arrested the two men who were inside the fleeing vehicle and treated the female driver.

The woman, as well as the two men, were taken to Hennepin Healthcare. Police say that’s where the female was treated for non-life-threatening injuries, and the men were medically evaluated.

Minneapolis police say the two men are in their 30s and 40s and will be taken to the Hennepin County Jail once they are medically cleared.

Police add another man was arrested for obstruction at the intersection of Ranklin and Portland avenues and was taken to the Hennepin County Jail.

Minneapolis police tell 5 EYEWITNESS NEWS there were two people inside the squad car involved in the collision. They add two of the department’s personnel received minor injuries throughout the entire incident.