6-car crash briefly closes down lanes of I-94 in St. Paul 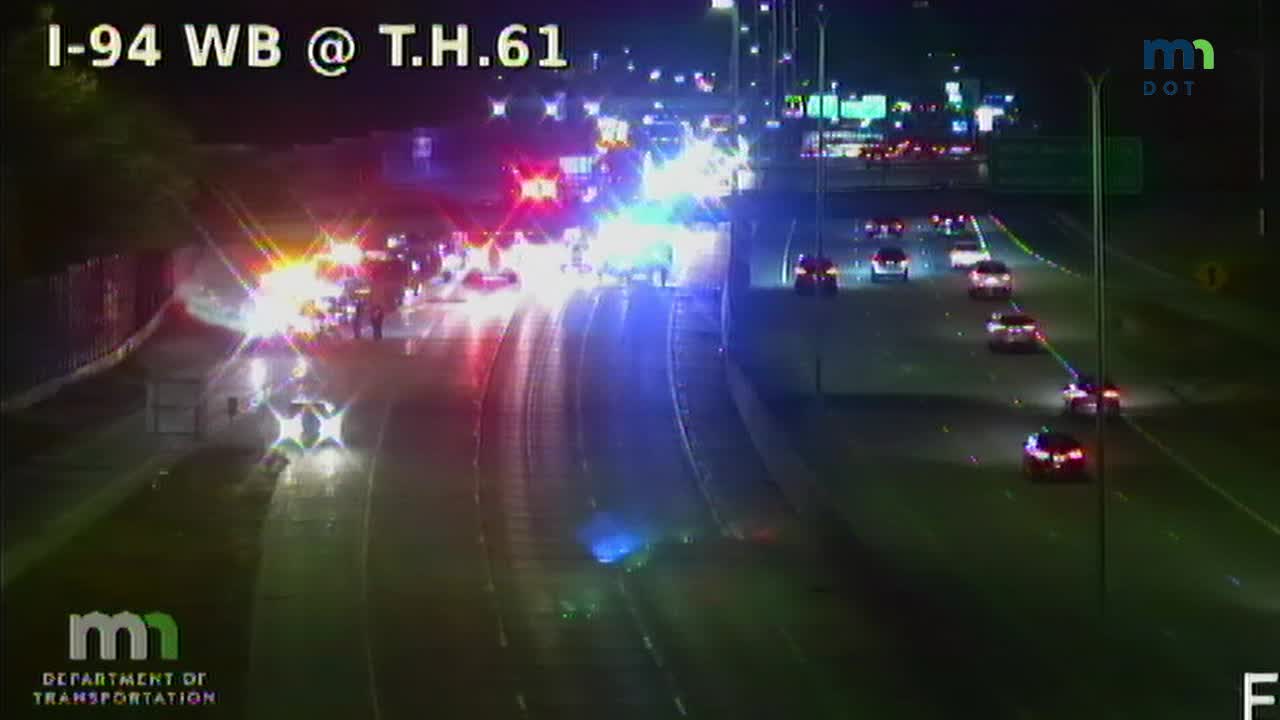 Lanes of Interstate 94 were shut down due to a multi-vehicle crash Tuesday, Oct. 18, 2022, in St. Paul. One person was taken to the hospital with minor injuries, according to the Minnesota State Patrol. (KSTP)

Authorities closed westbound lanes of Interstate 94 on St. Paul’s East Side Tuesday night due to a six-vehicle crash.

The collision caused one car to roll over and resulted in a person being taken to the hospital with minor injuries, according to Minnesota State Patrol spokesman Lt. Gordon Shank.

The highway was shut down after 7:30 p.m. between White Bear Avenue and Highway 61 as crews cleared the crash site, but it has since opened.

A driver was cited for duty to drive with due care, Shank said.

The crash is under investigation.