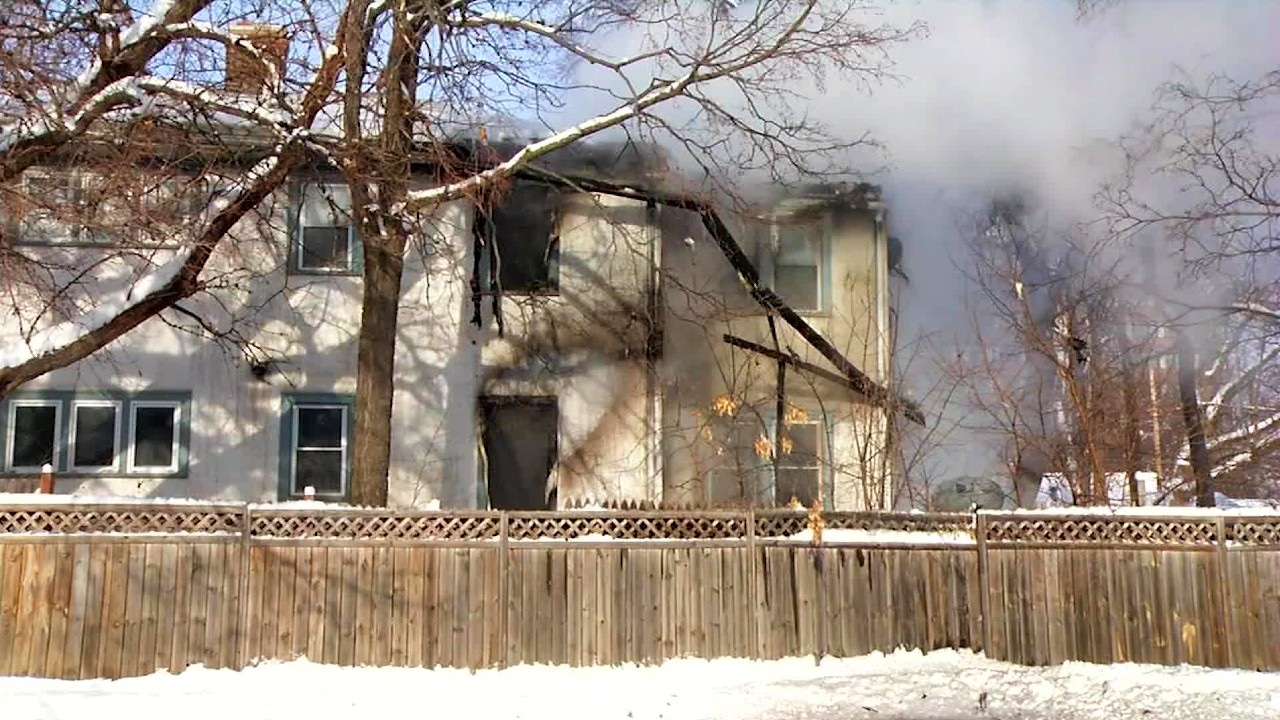 Smoke is seen as firefighters battle a duplex fire on Elliot Avenue in Minneapolis on Dec. 22, 2022. (KSTP-TV)

Officials say five people were displaced by a duplex fire Thursday afternoon in the Phillips area of Minneapolis.

The Minneapolis Fire Department says crews responded to the area of Elliot Avenue and East 22nd Street at around 12:17 p.m. Upon arrival, firefighters saw heavy smoke and fire on the first floor, with flames extending through the roof.

A second alarm was called and a bus was also brought in to temporarily shelter the residents from the cold weather.

Crews extinguished the fire but not before flames caused significant damage, and the home was deemed uninhabitable, the department says.

Additionally, one firefighter was taken to a hospital for medical evaluation after suffering a shoulder injury. No other injuries were reported.

The Red Cross was called to help the two adults and three children displaced by the fire, which remains under investigation.