3 taken to hospital after crash in north Minneapolis 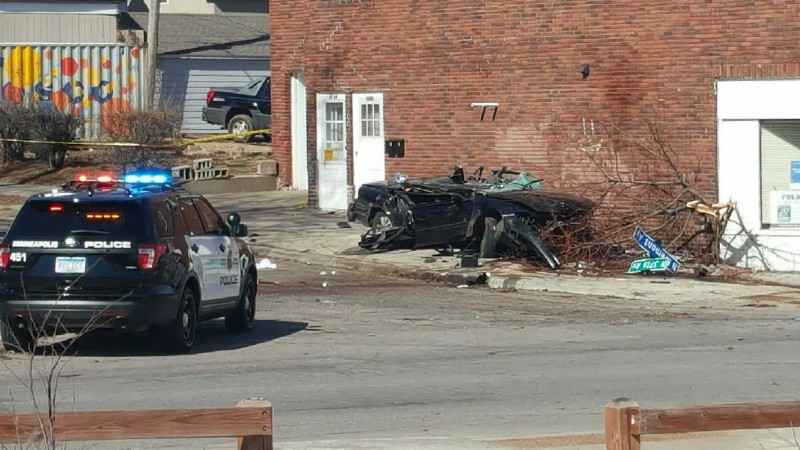 Three people were taken to a hospital after a crash in the Folwell neighborhood of Minneapolis on Thursday morning.

According to Minneapolis police, a black sedan was headed north on Fremont Avenue North at what police believe was a very high rate of speed at 10:23 a.m. At that point, the vehicle struck the berm after losing control, likely went airborne and then hit a building on the corner of 37th and Fremont avenues.

One of the people in the vehicle had to be extricated and all three — a man, a woman and a juvenile male — were all taken to the hospital. The man was in critical condition while the woman and juvenile were in serious but stable condition, police said.

Nobody in the building was injured. Authorities are inspecting the building to make sure it is inhabitable, police said.