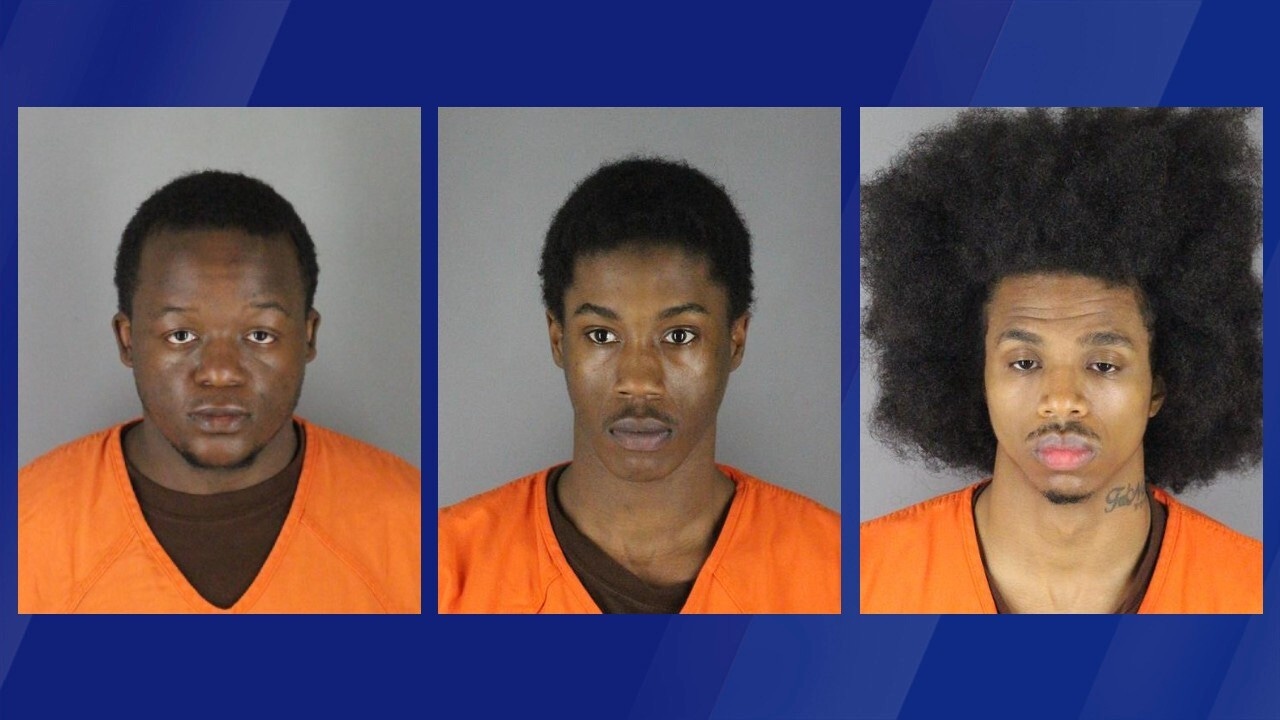 Three men have been charged in connection to a shooting outside the Minneapolis Police 4th Precinct early Tuesday morning.

Twenty-year-old Davion Gaines, 21-year-old Makeiyen Thompson and 29-year-old Troy Teasley are each charged with second-degree riot. Additionally, Gaines and Thompson are charged with recklessly firing a gun, while Gaines is also charged with possession of a machine gun and Teasley is charged with fleeing police in a vehicle.

Officers outside the precinct, located on Plymouth Avenue North near Morgan Avenue, heard automatic gunfire at around 12:30 a.m. Additionally, several homes and the precinct building were struck by bullets.

According to a criminal complaint, officers saw a person who’d been firing a weapon get into a Ford Taurus and they tried to stop the vehicle, which fled around the block. Eventually, it stopped in an alley and the front passenger ran away.

However, officers were able to identify the fleeing passenger as Gaines. Officers chased him and eventually took him into custody.

The complaint notes that Gaines had a Glock handgun with an extended protruding magazine and a switch that allows the gun to fire fully automatic.

It also notes that Gaines had a warrant for a pending drive-by shooting case in Ramsey County.

The driver of the vehicle Gaines ran from was identified as Teasley, and Thompson was found nearby, hiding between a fence and house. A few feet away from Thompson, officers found a handgun with an extended magazine.

Gaines, Teasley and Thompson each made their first court appearance on Thursday.

Their next court hearings are all set for Aug. 22.

“Reckless gun use will not be tolerated,” Hennepin County Attorney Mike Freeman said in a statement. “Random shootings endanger the community and put innocent people at risk of injury and death. Individuals who engage in this dangerous behavior, near a police precinct no less, will be prosecuted to the full extent of the law.”