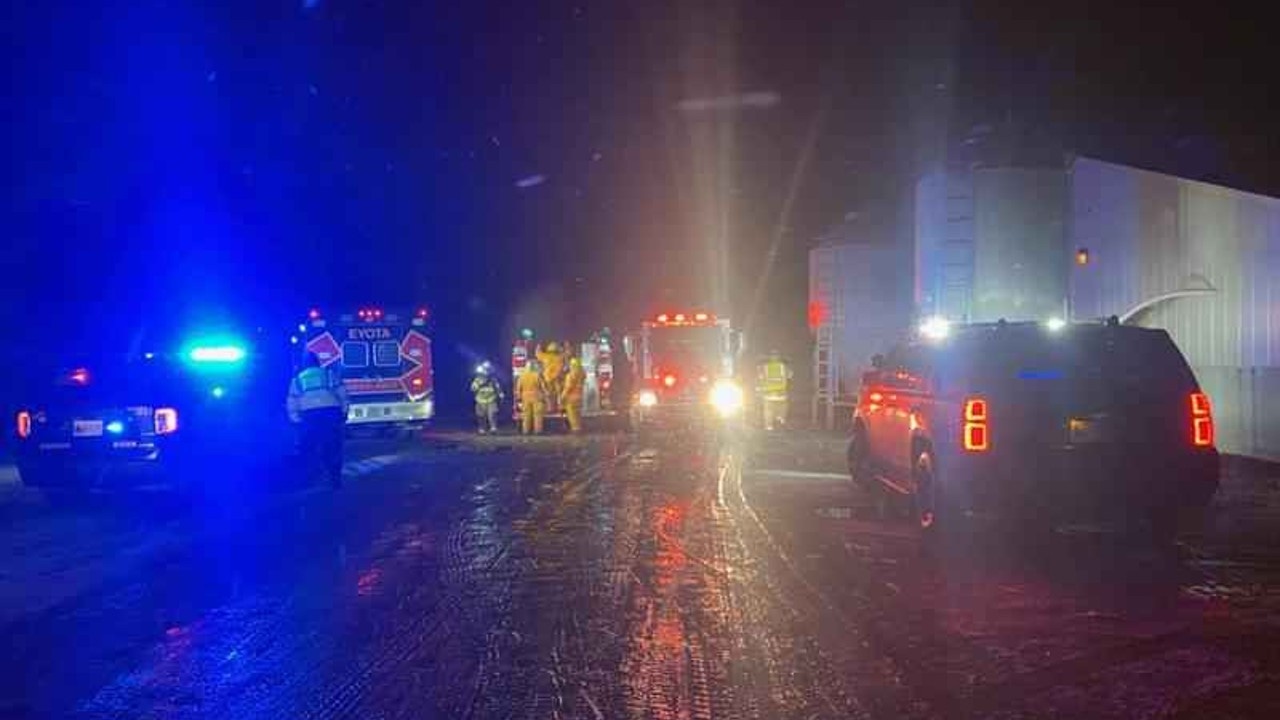 Authorities at the scene of a barn fire in Eyota Township on March 24, 2022. (Courtesy: Mackenzie Davis/KAAL-TV)

When deputies arrived, they found four large barns, with the most northern barn engulfed in flames.

Crews were able to put the fire out in around an hour but all of the hogs inside are presumed dead. One of the owners told deputies the barn had 2,500 hogs inside.

Between the barn and the hogs, the sheriff’s office estimated the loss to be around $900,000.

The cause of the fire is under investigation but authorities said nothing appeared suspicious.