A 24-year-old man was transported to a hospital in serious condition after he was involved in a crash in Lino Lakes, Thursday night.

According to the Lino Lakes Police Department, the city’s police and fire divisions responded to a single-vehicle crash that was reported just before 10 p.m. Upon arrival, police learned that a pickup truck had gone off the south side of the roadway while traveling eastbound on Main Street, just prior to the Interstate 35E overpass.

The vehicle crossed all lanes of I-35E without hitting any other vehicles, then rolled and came to a rest in the ditch on the east side of the I-35E traffic lanes.

The 24-year-old driver was ejected from the vehicle and became trapped underneath the truck. With assistance from Centennial Lakes Police officers, Lino Lakes police and fire staff extricated the victim, who was conscious and alert.

The victim was transported by Allina ambulance in serious condition to Regions Hospital in St. Paul. His condition as of Friday afternoon is unknown. 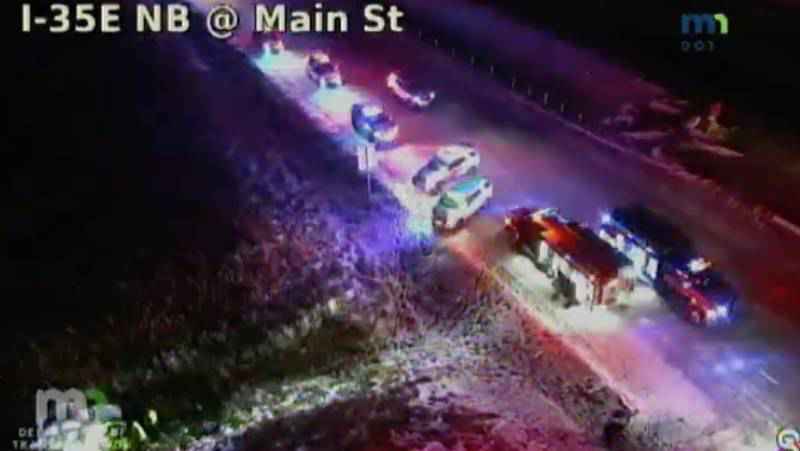 The cause of the crash is under investigation.